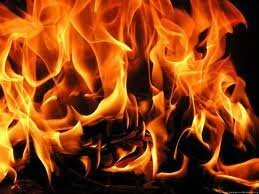 Check out our fun fire facts and enjoy learning a wide range of interesting information about fire.

On average in the United States in 2007, someone died in a fire about every 150 minutes, and someone was injured every 30 minutes.

Smoking is a leading cause of civilian home fire deaths.

Most fatal fires kill one or two people. In 2011, 12 home fires killed five or more people resulting in a total of 67 deaths.

3,430 civilians lost their lives as a result of fire.

Children face a greater risk of injury or death from a fire, with the risk to children under 5 yrs of age
almost doubling.

80% of deaths as a result of fire occurred in the home.

Homes with smoke alarms typically have a death rate that is 40 percent to 50 percent less than the rate
for homes without alarms.

95% of U.S. homes have at least one smoke alarm, yet more than half of home fire deaths occur in the
5 percent of homes with no smoke alarms.

Smoke and toxic gases kill more people than flames do.

Fires within homes are not bright, they are just the opposite. Thick black smoke quickly makes it
completely dark and almost impossible to see around you, making it difficult to find your way.

Cooking is the primary cause of residential fires.

The risk of dying form fires in homes without smoke detectors is twice as high as in homes that have
working smoke alarms.

Most fire related deaths occur at night, while family members are asleep.


Almost two-thirds (62%) of reported home fire deaths resulted from fires in homes with no smoke alarms or no working smoke alarms.

Working smoke alarms cut the risk of dying in reported home fires in half.

According to an NFPA survey, only one-third of Americans have both developed and practiced a home fire escape plan.

Almost three-quarters of Americans do have an escape plan; however, more than half never practiced it.

One-third of Americans households who made and estimate they thought they would have at least 6 minutes before a fire in their home would become life threatening. The time available is often less. And only 8% said their first thought on hearing a smoke alarm would be to get out!

On average, there are 32 home candle fires reported per day.

Roughly one-third of these fires started in the bedroom; however, the candle industry found that only 13% of candle users burn candles in the bedroom most often.

More than half of all candle fires start when things that can burn are too close to the candle.

Electrical failure or malfunctions caused an average of almost 50,000 home fires per year, resulting in roughly 450 deaths and $1.5 billion in direct property damage.

Sleep was a factor in one-third of the home smoking material fire deaths.

Possible alcohol impairment was a factor in one in five of home smoking fire deaths.

In recent years, Canada and the United States have required that all cigarettes sold must be “fire safe,” that is have reduced ignition strength and less likely to start fires.

Portable or fixed space heaters, including wood stoves, were involved in one-third (32%) of home heating fires and four out of five (80%) home heating deaths.

Half of home heating fire deaths resulted from fires caused by heating equipment too close to things that can burn, such as upholstered furniture, clothing, mattresses or bedding.

In most years, heating is the second leading cause of home fires, fire deaths, and fire injuries. Fixed or portable space heaters are involved in about 4 out of 5 heating fire deaths.

Two of every five home fires start in the kitchen.

Unattended cooking was a factor in 34% of reported home cooking fires.

Two-thirds of home cooking fires started with ignition of food or other cooking materials.

Children under five face a higher risk of non-fire burns associated with cooking than being burned in a cooking fire.

Microwave ovens are one of the leading home products associated with scald burn injuries not related to fires. Nearly half (44%) of the microwave oven injuries seen at emergency rooms in 2011 were scald burns.

Clothing was the item first ignited in less than 1% of home cooking fires, but these incidents accounted for 16% of the cooking fire deaths.