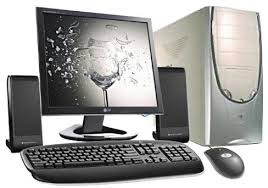 The day after Internet Explorer 4 was released, a few Microsoft employees left a 10 by 12-foot Internet Explorer logo on Netscape's front lawn with a message that said "We love you" at the height of the browser wars in the late 90s.

Google logs each search queries into its systems to enhance future search.

All the three founders of YouTube Steve Chen, Chad Hurley and Jawed Karim were working for Paypal when they started YouTube.

The domain name www.youtube.com was registered on Valentines Day (February 14, 2005).

In 2003, a 14-year old Romanian boy collapsed and was hospitalised because he had been playing Counter Strike for nine days in a row.

On June 17,1980 Atari's 'Asteroids' and 'Lunar Lander' were the first two video games to ever be registered in the Copy right office.

In 1968, International Master David Levy made a $3,000 bet with McCarthy a researcher in Artificial Intelligence at Stanford University that no chess computer in the world would beat him. He won his bet.

The first all-computer chess championship was held in New York in 1970, and was won by CHESS 3.0 - a program written by Slate, Atkin and Gorlen at Northwestern University, Illinois.

Starcraft is the first computer game to be played in space. It was sent on shuttle mission STS-96 back in 1999 by Daniel T. Barry, a mission specialist.

April 30, 1993 is an important date for the Web because on that day, CERN announced that anyone may use WWW technology freely.

The minimum number of satellites needed to show your position on the GPS device is 3. A signal from one GPS satellite will just tell your distance from that particular satellite. If you know your approximate latitude and longitude, you can figure out which point you are at. Four satellites are necessary to accurately determine altitude.

The concept of stylesheets was already in place when the first browser was released.

Another name for a Microsoft Windows tutorial is ‘Crash Course’!

By the year 2012 there will be approximately 17 billion devices connected to the Internet.

Domain names are being registered at a rate of more than one million names every month.

E-mail has been around longer than the World Wide Web.

In the 1980s, an IBM computer wasn’t considered 100% compatible unless it could run Microsoft Flight Simulator.

MySpace reports over 110 million registered users. Were it a country, it would be the tenth largest, just behind Mexico.

One of every 8 married couples in the US last year met online.

The average computer user blinks 7 times a minute, less than half the normal rate of 20

The first computer mouse was invented by Doug Engelbart in around 1964 and was made of wood.

The first domain name ever registered was Symbolics.com.

The world’s first computer, called the Z1, was invented by Konrad Zuse in 1936. His next invention, the Z2
was finished in 1939 and was the first fully functioning electro-mechanical computer.

The first web site was built at CERN. CERN is the French acronym for European Council for Nuclear Research and is located at Geneva, Switzerland.

Although many teenagers were involved in hacking before 2000, it was the year the first underage hacker was actually sent to jail. Jonathan James spent time for Defense Threat Reduction Agency.

One of the biggest leaps in Google's search engine usage came about when they introduced their much improved spell checker giving birth to the "Did you mean..." feature. This instantly doubled their traffic.

The first ever video that was uploaded on Youtube is by Jawed Karim (one of youtube founders) titled "Me at zoo" on April 23rd, 2005. This video is all of 18 seconds long.

The 80's arcade game Phoenix was the first game ever, to introduce the concept of end-level bosses. The game had players shoot their way through an alien mothership's defences.

Early electronic computers, developed around the 1940’s, were the size of a large room and consumed huge amounts of electricity. They were vastly different to the modern computers we use today, especially when compared to small and portable laptop computers.

Computers are programmed to carry out instructions. These instructions are usually very simple and require adding numbers together, moving data from one place to another etc.

A computer program can include as little as a few instructions to upwards of millions of instructions depending on the complexity of the program. Modern applications such as word processors, web browsers and graphic editors take large teams of programmers a long time to complete.

A computer’s memory stores numbers in huge amounts of cells that are addressed and can be quickly accessed by the CPU to perform calculations. There are two main types of computer memory, ROM (read only memory) and RAM (random access memory). ROM contains pre-written software and data that the CPU can only read, while RAM can be accessed and written to at any time.

Computers interact with a number of different I/O (input/output) devices to exchange information. These peripheral devices include the keyboard, mouse, display, hard drive, printer and more.

Computers are used to help link the world in the form of networks. Networked computers allow users to share and exchange data that is stored in different locations. You may have heard of a local area network (LAN) or wide area network (WAN) which connects areas of various sizes. The Internet is a vast network of computers spanning the globe that allows users to access email, the World Wide Web and other applications.

Although we normally think of computers as the ones we use in our everyday lives to surf the web, write documents etc, small computers are also embedded into other things such as mobile phones, toys, microwaves and MP3 players. We use computers all the time, often without even knowing it!

The first game to incorporate real time audio effects, or basically, the difference in the same sound in different physical environments was Duke Nukem 3D. When the player shot his gun in the water, the sound would be muffled and gurgly.

The GNU license was around since 1976, the GNU Emacs were the first machines to be released with this license.