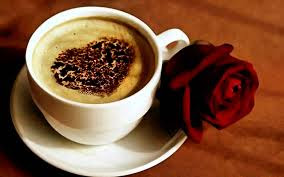 New Yorkers drink almost 7 times more coffee than other cities in the US.

The lethal dose of caffeine is roughly 100 cups of coffee.

Coffee was banned three times in three different cultures: once in Mecca in the 16th century, once when Charles II in Europe banned the drink in an attempt to quiet an ongoing revolution, and once when Frederick the Great banned coffee in Germany in 1677 because he was concerned people were spending too much money on the drink.

The coffee industry employs 25 million people around the world.

The Turks call their coffee houses “schools for the wise.”

Tea was more popular than coffee in America until King George the III’s Stamp Act of 1767 increased taxes. The result was the Boston Tea Party, a rebellion in which Bostonians dumped the British East India tea cargos into a harbor. From that point, coffee became America’s national drink and was emotionally linked with its revolution.

With more than four billion coffee trees, Brazil is the world’s leading producer of coffee. In fact, Brazil produces around one third of the world’s coffee today. Vietnam, Indonesia, Colombia, and India round out the top five coffee-producing countries.

Coffee was originally regarded as a wonder drug in Yemen and Arabia and was taken only at the advice of a doctor. Many saw coffee as a brain tonic or as a way to stimulate religious visions.b

Arabs were the first to cultivate coffee trees on the Arabian Peninsula. Arabs typically roasted and boiled coffee, or qahwa, which is Arabic for “the wine of Islam.”

During WWII, American soldiers were known as G.I. Joes. Because they drank large amounts of coffee, the drink soon earned the popular nickname “a cup of Joe.”

The most expensive coffee in the world is Indonesia’s Kopi Luwak or civet coffee. It is made from coffee beans that have been eaten, partially digested, and then excreted by a weasel-like animal called the Asian palm civet. These beans sell for more than $600 a pound, or $50 a cup.

The amount of caffeine in coffee depends on the type of beans, how they were roasted, and how the coffee was brewed. Typically, a small 8-ounce cup of coffee has between 65 milligrams of caffeine if it’s instant and 115 milligrams if it’s drip brewed.

Studies show that men who drink six or more cups of coffee daily decrease their risk of developing prostate cancer by 20%.

Because the organs and systems in a fetus are not able to metabolize and excrete caffeine fully, caffeine can stay in its blood 10 times longer than in an adult. Because of this, physicians advise that pregnant women drink a moderate (less than 200 milligrams) amount coffee per day.

The only places in North America where coffee is grown is in Hawaii and Puerto Rico.

There are two main species of the coffee plant used to commercially produce coffee: 1) Coffee arabica, which originated in the Middle East, and 2) Coffea robusta, which originated in the Congo. Arabica trees produce the best quality coffee and are the most widely cultivated (3/4 of the world’s coffee), while Robusta beans are hardier, contain 40-50% more caffeine, and are used in many instant coffees.

The Dutch were the first Europeans to enter the coffee trade. They imported coffee plants from the Malabar Coast of India to their colonies in what were then called the Dutch East Indies, or present-day Indonesia.

In 1715, Dutch coffee merchants presented the influential King of France, Louis XIV, with a coffee tree of his own. Millions and millions of trees have sprung from that single tree, thanks in part to Chevalier Gabriel Mathieu de Clieu, who stole some cuttings from the tree and began cultivating coffee on Martinique in the Caribbean. Within 50 years, there were over 20 million trees on Martinique and neighboring islands.

Although yields vary from harvest to harvest, a single coffee tree usually provides only enough coffee beans in a year to fill a half-kilo (one-pound) bag of ground coffee.h
It takes 3 to 4 years for a coffee tree to mature. Once it matures, each tree will bear one to two pounds of coffee beans per growing season.

The smell of burning wood is the most recognizable odor in America. The smell of coffee is the second.h
Starbucks opened in Seattle in 1971. In 2010, it boasted revenues of $10.7 billion and 16,850 stores in 40 countries, making it the world’s top coffee retailer. Starbucks offers over 87,000 possible drink combinations.

Starbuck coffee shops use over 93 million gallons of milk per year. This would be enough to fill 155 Olympic-sized swimming pools. Additionally, they use 2.3 billion paper cups annually.

When Khair Bey, the governor of Mecca, banned coffee in 1511 because he feared it might encourage resistance to his rule, the sultan executed him on the grounds that coffee was actually “blessed.”h

Coffee was imported from Arabia to Europe through Venice in the 1600s. While some monks urged Pope Clemente VIII to outlaw the “Muslim” drink, the pope argued that the drink was so good that it would be a “sin” to let only “pagans drink it.” Coffee thus began to spread across Europe.h

When the first coffeehouse opened in England in 1652, women were prohibited from entering, other than to serve men.

A French doctor in the 1600s suggested Cafe Au Laits for patients, inspiring people to begin adding milk to coffee.

A 2011 study showed that women who drink two to three cups of caffeinated coffee a day were 15% less likely to develop depression over a 10-year period than those who drank one cup of coffee or less per week.

Research has shown that drinking coffee may decrease cognitive decline and neurodegenerative disorders.

The Arabs discovered coffee, but were jealous of their discovery and refused to allow fertile coffee seeds to leave their country. However a 17th-century Muslim pilgrim, Baba Budan, smuggled seven seeds out of Arabia and planted them in India. It is said that all the world’s coffee came from these seven seeds.