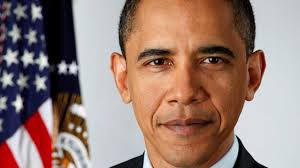 On an episode of TV's Will & Grace, Grace dreamed she showered with a man whom she said was “Barack-ing my world!”

Obama was sometimes teased in school for having the initials B.O., for being slightly chubby, and about his skin color.

Obama is distantly related to Vice President Dick Cheney. He is also eligible for membership in the Sons of the American Revolution; one of his maternal great-great-great grandfathers was a decorated Union soldier.

Barack Obama smokes cigarettes, though he has tried to quit. The White House has a “no smoking” policy.

In July 2008, Jesse Jackson was caught on tape disparaging Obama in an unsavory manner for “talking down” to African-Americans. Jackson said he wanted to “cut his [Obama’s] nuts out.” He later apologized.

A 2007 sexy online video titled “I Got a Crush. . .on Obama,” which features model Amber Lee Ettinger lip-synching her love for the Illinois Senator, has become widely popular with over 12 million hits.

Tickets to President-Elect Obama’s inauguration on January 20, 2009, are being sold online for as much as $40,000 each. Entry into an inauguration is always free to anyone who requests and receives a ticket from his or her congressperson or senator.

Obama’s grandfather, Hussin Onyango Obama (c. 1895-1979) was recruited to work for Kenya’s colonial power, Great Britain, during WWI. According to one of his wives, the British imprisoned and tortured him for taking part in the Kenyan revolution after WWII. He converted from Christianity to Islam. He was a prominent farmer, elder of the tribe, and healer.

Obama has many, many relatives, as Obama’s father, paternal grandfather, and paternal great-grandfather each had several wives and many children. His grandfather was known in the family as “The Terror” and his father was called “Old Man.”

Barack Obama’s father was born into Kenya's Luo tribe in the village of Nyan’oma Kogela near Lake Victoria. He was a remarkable student but was kicked out of school for missing class and being disruptive. He initially identified himself as a Muslim, but spent much of his adult life as an atheist.

When Obama’s father was accepted to the University of Hawaii with full tuition at the age of 23, he left his pregnant first wife (Kezia) and son in the care of his father’s third wife Sarah Hussein Onyango in Kenya. He was the first person in the Obama family to leave Africa to live in another country.

Obama’s mother Ann was accepted to the University of Chicago when she was only 16, but her father thought she was too young and didn’t allow her to go. The entire family moved to Hawaii in the next year, 1959--the same year Barack Obama Sr. arrived.

Obama’s father and mother met in a Russian class at the University of Hawaii when she was 18 years old. Because she waited for him when he was late for their first date, he declared that she was a “good woman.”

In 1961, Ann and Barack Obama Sr. wed in a small civil ceremony. Ann was already three months pregnant with Barack at the time of the wedding and was under the impression Obama Sr. was divorced from his first wife. In 1961, interracial marriage was still illegal in some states, but not in Hawaii.

Barack Obama Sr.’s father was outright opposed to his son’s marriage to Ann Durnham because he thought his son was neglecting his wife and two children in Kenya. He was also concerned that Ann was Caucasian.e
Some of Barack Obama’s maternal ancestors were slave owners.

Obama (who was often called “Barry” or “Bar”) was born on August 4, 1961, at the Kapi’olani Medical Center for Women and Children in Honolulu, Hawaii.

Barack Obama Sr. with his son in the Honolulu airport during Obama Sr.'s only visit to see his son
When Obama was only two years old, his father left his family to pursue his Ph.D. at Harvard University in 1963. Barack would see him only one more time before his death in 1985.

In 1964, Obama’s mother filed for divorce from Barack Obama Sr. while he was pursuing his graduate degree at Harvard. In 1965, Obama Sr. completed his master’s degree and returned to Kenya with another woman, Ruth Nidesand, a Caucasian American-born teacher.

In 1967, Barack Obama’s mother married her second husband, Lolo (“Crazy”) Soetoro from Indonesia. Lolo practiced a form of Islam that incorporated ideas from other belief systems.

While living in Indonesia with his mother and Lolo, Obama played in rice paddies, rode water buffalo, and ate chili peppers, dog meat, snake meat, and roasted grasshopper. He had a pet ape called “Tata,” and baby alligators, chickens, and ducks lived in the yard. For the first time, he also encountered people who had leprosy and lived in extreme poverty.

Obama’s schoolmates in Indonesia sometimes called him “Curly Eyelashes” because his lashes were so long and curly.

In 1970, Obama’s mother and Lolo had a daughter, Barack's half-sister Maya Soetoro-Ng. In 1971, Ann sent Barack back to Hawaii after realizing she did not want him to grow up in Indonesia. She later divorced Lolo.a
With the help of Ann’s parents, Obama received a scholarship to Punahou, a prestigious prep school in Hawaii. He graduated in 1979 with honors.

Obama's mother died in 1995 of ovarian and uterine cancer. Obama and his sister, Maya, spread her ashes in the Pacific Ocean off Hawaii.g On December 23, 2008, Obama spread his grandmother’s ashes in the same spot.
Barack Obama Sr. was involved in a car accident in 1982 at age 46 which led to both his legs being amputated.

When Obama was 21, he received a call from Nairobi that his father was involved in yet another car accident and had died. He left behind three ex-wives, a mistress, six sons, and a daughter. He is buried where he grew up in Kenya’s Siaya District.

Obama worked at Baskin-Robbins as a teenager and now dislikes ice cream. He also has worked in construction.e
In 1985, Obama worked on the Developing Communities Project, a Chicago group which tries to empower the poor through grass roots organization and is based on the community organizing tradition of Marxist Saul Alinsky. Alinsky was friends for a time with Al Capone, and his followers included Cesar Chavez and several anti-Vietnam protesters.

Obama achieved celebrity status after his speech to the Democratic National Convention in 2004, launching what has been called “Obamamania.”

Obama was the first to raise the threat of avian flu on the Senate floor.

Obama reads Harry Potter to his oldest daughter Malia every night when he is home.

Neil Young mentions Barack Obama in the lyric to his 2006 song “Lookin’ for a Leader.”

Obama’s youthful appeal, his social networking on the Internet, and even his texting both promoted awareness of his campaign and created a loyal following. His historic use of the Internet will likely act as a template for future presidential elections.

Obama once said the three men he admired the most were Mahatma Gandhi, Abraham Lincoln, and Martin Luther King, Jr.