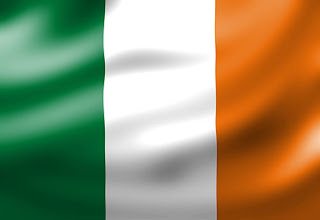 Ireland is an island west of Great Britain in the northern Atlantic Ocean. The island of Ireland is divided between the Republic of Ireland, which covers 5/6ths of the island and Northern Ireland which is part of the U.K and encompasses the remainder of island. Approximately 1.8 million of the island's residents live in Northern Ireland and 4.6 million live in the Republic of Ireland. Until approximately 9000 years ago Ireland was covered in ice. In about 5600 BC Ireland became separated from mainland Europe to form the island it is today. Man began to arrive on the island in about 8000 BC and evidence exists that settlers began to develop housing in around 4500 BC. Different cultures inhabited Ireland for centuries. Following tremendous political and civil unrest in the 1800s and 1900s, the 21st century has given way to a more peaceful and stable country.

In 1948, most of Ireland became an independent country, while six mainly Protestant counties in the northeast remained a British territory.

Ireland's monetary unit is the Euro but prior to this it was the Irish pound, also known as the 'punt'.

During the global financial crisis of 2008, Ireland entered a recession and the country experienced serious financial problems. But in the past few years Ireland’s economy has started to recover and is once again on the rise.

Irish (Gaelic) and English are both official languages of Ireland.

Saint Patrick's Day, which falls on March 17th, is a national holiday.

Over 80% of Ireland's people are Roman Catholic.

Ireland runs under democratic nation, and established their present constitution in 1937.

Ireland's most famous symbols include the Celtic cross, the harp, and the Shamrock.

The country’s major exports include food products such as potatoes, lamb and beef. They also export a large amount of zinc, lead, machinery and pharmaceuticals. Their imports include oil, aircraft parts, vehicles, and petroleum gases.

The Titanic was built in Belfast, Northern Island.

Ireland has made many trading partners over the last few decades. Today, the United States accounts for 20% of Ireland’s exports, while the United Kingdom accounts for 38% of the country’s imports.

The oldest harp known to exist is located in Trinity College in Dublin, Ireland, and is believed to date back as far as 1300.

Ireland is known as the Emerald Isle, this is because of its lush greenery and rolling hills. The country receives a lot of rain each year, which keeps the grass green and the plants blooming.

Northern Ireland is governed by the United Kingdom, while the rest of Ireland is an independent nation.

Ireland is known throughout the world for its vast amount of castles. Ireland’s history is dotted with wars and violence, so castles were built to protect families from invaders. Today, most of the castles are still standing and some can even be visited by tourists.

Hook Lighthouse is believed to be the oldest working lighthouse in Europe and possibly even the world.

Approximately 45% of Ireland's citizens attend Mass regularly, giving it one of the highest church attendance rates in the world.

Halloween originated in Ireland, from a harvest festival held on October 31st each year called Samhain. All Saints is on November 1st, and the two days merged over the years to become Halloween.

Most Irish people believe that fairies exist. In their culture, fairies have magical powers and bring happiness and great things to families.

The oldest Halloween celebration in Ireland is Londonderry's Banks of the Foyle Halloween Carnival. This is also the largest street party held in Ireland each year.

The Royal Cork Yacht Club is the oldest in the world and originally began in Ireland.

When children are little, each birthday it is traditional to pick up the child, turn them over and bump their head gently on their birthday cake. The child’s head is bumped once for each year they have lived. It is believed that partaking in this tradition brings good luck and good fortune to the child.

Ireland has been inhabited for approximately 7,000 years.

The book Count Dracula was written in 1897 by Bram Stoker who was from Dublin, Ireland.

Any person who is born on St. Patrick’s Day in Ireland is considered to be very lucky.

Since the Bronze Age Ireland has had its own Olympics called the Tailteann Games.

Leprechauns are a huge part of Irish tradition. In Irish folklore, they are tiny men who can fit on top of your shoulder. They are completely harmless, and are believed to have buried numerous pots of gold throughout Ireland.

The oldest pub in Ireland is Sean's Bar which opened approximately 900 years ago. Ireland's first bar to sell alcohol was opened in 1611 and is called Grace Neill's Bar, in Donaghadee.

Guinness Beer is widely popular in Ireland. It first originated in the country, and can be found throughout the country in Pubs and grocery stores.

Only about 9% of people in Ireland have natural red hair, contrary to popular belief.

Sports are huge in Ireland. Irish people take their sports seriously, and get very into soccer, hurling, camogie and handball.

The world's oldest yacht club is the Royal Cork Yacht Club which opened in 1720.

The average family size in Ireland is four, two kids with two adults.

The 'unsinkable' ship the Titanic was built in Ireland.

Ireland is one of the best countries in the world for gender equality. They have had two female presidents.

The famous music band U2 originated in Ireland. Pierce Brosnan, Colin Farrell and Michael Fassbender are all famous celebrities born in Ireland.