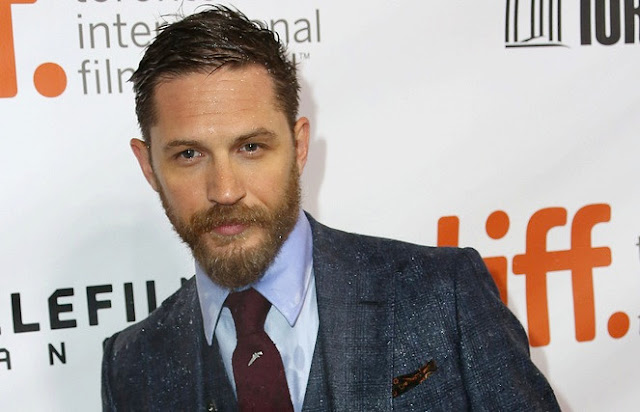 Tom Hardy is an English actor and producer.

Tom Hardy had a son with Rachael Speed in 2008. Tom and Rachael separated after four years in 2009.

Tom Hardy is the co-creator and executive producer of Taboo. He is also an actor on this show.

His father, Edward “Chips” Hardy, is a novelist and comedy writer while his mother Anne (née Barrett) is an artist and painter.

He is of English and Irish descent.

In 2007 Tom Hardy received a British Academy of Film and Television Arts best actor nomination for his role in Stuart: a Life Backwards.

Hardy’s childhood and early adulthood gave little indication that he would one day become a movie star. He was expelled from school, was arrested for joyriding while in possession of a gun, and became addicted to drugs and alcohol while still a teenager.

In 1998 he won a televised modeling competition, which led to an industry contract. He began his acting studies at Drama Centre London but was again expelled. Nevertheless, in 2001 he earned small roles in the television miniseries Band of Brothers and in the film Black Hawk Down.

His film debut was in Ridley Scott’s action film Black Hawk Down (2001).

Tom Hardy received an Academy Award nomination for his role playing John Fitzgerald in the movie The Revenant.

Hardy’s career failed to truly take off, however, until after he entered a drug rehabilitation program in 2003 following a crack-induced collapse on a London street.

Then he appeared in the film Dot the i, and then travelled to North Africa for Simon: An English Legionnaire, a story of the French Foreign Legion.

Tom Hardy was an actor and executive producer on Poaching Wars.

He then returned to the United Kingdom to feature in the horror film LD 50 Lethal Dose (2003).

Hardy was awarded the 2003 London Evening Standard Theatre Award for Outstanding Newcomer for his performances in Blood and In Arabia We’d All Be Kings performed at the Royal Court Theatre and Hampstead Theatre.

Some of Tom Hardy's most well-known acting roles have been in the films Black Hawk Down, Star Trek: Nemesis, Inception, The Dark Knight Rises, Lawless, and the latest installment of the Mad Max series: Fury Road.

During the next five years, Hardy worked consistently in film, television and theatre, playing roles as varied as Robert Dudley in the BBC’s The Virgin Queen (2005), Bill Sikes in Oliver Twist (2007) and starring in “The Man of Mode” at the National Theatre.

Some of Tom Hardy's most well-known TV roles have been on shows and movies such as Band of Brothers, Sweeny Todd, Oliver Twist, Stuart: A Life Backwards, Poaching Wars, and Taboo.

In 1998, at the age of 21, Tom Hardy won The Big Breakfast's competition called Find Me a Supermodel. This began a short contract with Models One.

On the silver screen, he appeared in the crime thriller Layer Cake (2004) with Daniel Craig, Sofia Coppola’s Marie Antoinette (2006), and the romp Scenes of a Sexual Nature (2006).

In 2006, Hardy created “Shotgun”, an underground theatre company along with director Robert Delamere, and directed a play, penned by his father for the company, called “Blue on Blue”.

In 2007, Hardy received a best actor BAFTA nomination for his touching performance as Stuart Shorter in the BBC adaptation of Alexander Masters’ bestselling biography Stuart: A Life Backwards (2007).

In 2008, he appeared in Guy Ritchie’s London gangster film, RocknRolla; Hardy played the role of gay gangster Handsome Bob. In the same year he played a drug-addicted rapist in the British horror-thriller WΔZ and in Bronson, film about the real-life English prisoner Charles Bronson, who has spent most of his adult life in solitary confinement.

While in his teen and early adult years Tom Hardy struggled with alcohol and drugs. He checked into rehab in his mid-20s.

In 2009, Hardy starred in Martina Cole’s four-part TV drama The Take on Sky One, as a drugs and alcohol fuelled gangster. The role gained him a Best Actor nomination at the 2009 Crime Thriller Awards. That same year he appeared in ITV’s Wuthering Heights, playing the role of Heathcliff, the classic love character who falls in love with his childhood friend Cathy.

He return to Hollywood with scene-stealing roles in the films Inception (2010) and Tinker Tailor Soldier Spy (2011).

After starring in the well-received mixed martial arts drama Warrior (2011) and the romantic comedy dud This Means War (2012), Hardy reunited with his Inception director, Christopher Nolan, to play Bane, the muscle-bound anarchist who faces off against Batman in the comic-book blockbuster The Dark Knight Rises (2012).

Then he played a bootlegger in John Hillcoat’s crime drama Lawless (2012).

In 2014, Hardy starred in the crime film The Drop alongside James Gandolfini, in what would be the latter’s final appearance in a feature film before his death.

Tom Hardy's father Edward Hardy is a comedy writer and a novelist.

Tom Hardy has also appeared on stage in plays such as In Arabia We'd All Be Kings, Blood, The Man of Mode, and The Long Road Home.

Hardy joined the cast of the BBC crime drama Peaky Blinders in its second series. He portrays Alfie Solomons, the head of a Jewish gang and runner of a distillery which disguises itself as a bakery.

Hardy starred in five films in 2015. The first, Child 44, set in 1950s Soviet Union. Hardy then played the title character, Max Rockatansky, in the action film Mad Max: Fury Road. Then he played a dual role as London gangsters Reggie and Ronnie Kray in the crime thriller Legend. He also appeared in the biographical western thriller The Revenant and in the musical mystery crime drama London Road.

On 14 January 2016, Hardy received his first Academy Award nomination for Best Supporting Actor for his performance in The Revenant.

Hardy co-starred in Christopher Nolan’s action-thriller Dunkirk (2017), based on the British military evacuation of the French port of Dunkirk in 1940 during the Second World War.

He created, co-produced and took the lead in the historical fiction series Taboo on BBC One and FX.

Tom Hardy is the only child to Anne and Edward Hardy.

Tom Hardy has an estimated net worth of $30 million.

Hardy is active in charity causes and is an ambassador for the Prince’s Trust. He was appointed a Commander of the Order of the British Empire (CBE) in the 2018 Birthday Honours, for services to drama.

In 1999, Hardy and producer Sarah Ward married, divorcing in 2004. He has a son born in 2008 with his then-girlfriend, assistant director Rachael Speed, whom he met on set of The Virgin Queen in 2005.

In 2009, Hardy began a relationship with actress Charlotte Riley, after they met on the set of Wuthering Heights. They were married in July 2014. In October 2015, their first child was born.

He trained under Sir Anthony Hopkins‘ former mentor at the London Drama Centre.

He enjoys watching reality TV shows to get ideas for characters. He said: “It’s great people-watching. I’ll steal characters from Come Dine with Me (2005). Because they’re real people. I take something from everybody. I’ll steal you at some point…”.

In 2016 Tom Hardy appeared on Debrett's most influential people in the United Kingdom list.

The British indie rock band Trampolene named a song after him. The song was released on February 26, 2016.

In 2015 Tom Hardy was named by GQ magazine as one of 50 Best Dressed British Men.

Tom Hardy married Charlotte Riley, an actress, in 2014. They have a child together who was born in 2015.