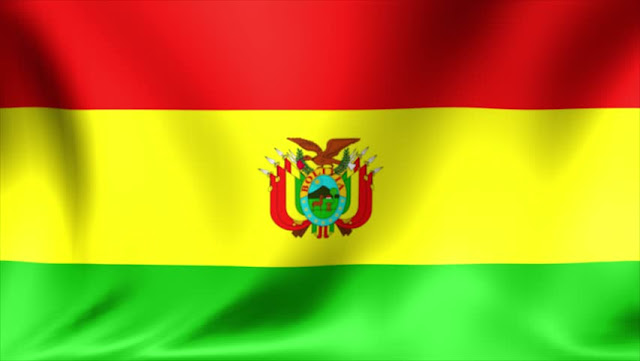 Here are some fun facts about Bolivia

The highest point in Bolivia is Nevado Sajama, which sits at 6,542 meters.

Bolivia is a country in central South America, with a varied terrain spanning Andes mountains, the Atacama Desert and Amazon Basin rainforest.

The official name is the Plurinational State of Bolivia.

With an area of 1,098,581 square kilometers (424,164 square miles), Bolivia is the world’s 28th-largest country, and the fifth largest country in South America.

Bolivia has its constitutionally recognized capital in Sucre, while La Paz is the seat of government.

Sucre was founded by the Spanish in the first half of the 16th century. Located in the south-central part of the country, Sucre lies at an elevation of 2,810 meters (9,214 feet).

Here is another Bolivia fun fact

Bolivia is one of two landlocked countries on the continent (the other being Paraguay), and Bolivia is more urban (67%) than rural (23%).

The geography of the country exhibits a great variety of terrains and climates.

Nevado Sajama is an extinct stratovolcano and the highest peak in Bolivia at 6,542 meters (21,463 feet) above sea level.

Noel Kempff Mercado National Park is one of the largest (1,523,000 hectares (3,763,414 acres)) and most intact parks in the Amazon Basin. With an altitudinal range of 200 meters (656 feet) to nearly 1,000 meters (3,280 feet), it is the site of a rich mosaic of habitat types from Cerrado savannah and forest to upland evergreen Amazonian forests.

Lake Titicaca located on the border of Bolivia and Peru at an altitude of 3,812 meters (12,507 feet), is the highest commercially navigable body of water in the world. With a surface area of 9,064 square kilometers (3,500 square miles), it is larger than Puerto Rico and is South America’s second largest lake by surface area.

There are salt formations in Bolivia that attract many tourists from all over the year. These salt flats are called Salar de Uyuni and they are the largest in the world. This area is often used to calibrate satellites because it creates a mirror during seasonal flooding periods.

Bolivia has a rich folklore history full of traditions such as the 'devil dances'. They are one of South America's greatest folklore traditional events.

Salar de Uyuni is the world’s largest salt flat at 10,582 square kilometers (4,086 square miles) in south-western Bolivia. The landscape is entirely flat, bar a few small ‘islands’ such as Isla Incahuasi, which only accentuates its surreal beauty.

Salar De Uyuni, turns into a mirror during the rainy season.

Major ruins in Bolivia include the Iskanawaya, Inkallaqta, and Tiwanaku sites.

Palacio de Sal (Spanish for “Palace of salt”) is a hotel built of salt blocks. It is located at the edge of Salar de Uyuni. Constructed in 2007, it was built with one million 35 centimeters (14-inch) blocks of salt which are used for the floor, walls, ceiling and furniture including beds, tables, chairs and sculptures.

The monetary unit in Bolivia is the Boliviano.

The city of Tiwanaku, capital of a powerful pre-Hispanic empire that dominated a large area of the southern Andes and beyond, reached its apogee between 500 and 900 AD. Its monumental remains testify to the cultural and political significance of this civilisation, which is distinct from any of the other pre-Hispanic empires of the Americas.

The population of Bolivia is more than 10 million. It has tripled in the last 50 years.

There have been approximately 200 coups since Bolivia gained its independence in 1825.

Bolivia covers an area of land that is 418,683 square miles.

A clock on the National Congress building in the main square of La Paz runs backwards to remind citizens to think differently.

Cuy (guinea pig) is used and eaten as a traditional meat. It continues to be a major part of the diet in Bolivia, particularly in the Andes highlands as guinea pigs require much less room than traditional livestock and reproduce extremely quickly.

The majority of Bolivians live in urban areas as opposed to rural areas.

The name Bolivia comes from the Venezuelan military and political leader Simon Bolivar who led Venezuela, Ecuador, Bolivia, Peru and Colombia to independence from Spain in 1825. He was also officially the first president of Bolivia.

Despite their name, the most significant exporter of Brazil nuts is not Brazil but Bolivia, where they are called nuez de Brasil.

Bolivia's full name is the Republic of Bolivia or Estado Plurinacional de Bolivia.

La Paz, Bolivia, was the first South American city to get an electricity supply. It was powered by llama dung.

One of Bolivia’s oldest silver mines has claimed the lives of an estimated 8 million people in the past 500 years. It is known as the “Mountain that eats men” and is still mined with pick and shovel today.

Cal Orcko, located 5 kilometers (3 miles) south of downtown Sucre in Bolivia, is home to the world’s largest and most diverse collection of dinosaur footprints from the Cretaceous Period. The limestone cliff hosts about 5,000 dinosaur footprints, with many dating back 68 million years.

Bolivia's name was chosen because of Simon Bolivar, a leader during the Spanish American Wars of Independence.

North Yungas Road also known as the “Road of Death” is the most dangerous road in the world.

The Coca Museum (in Spanish, Museo de la Coca) covers the history of the coca plant from the Andean region and related drug cocaine. It is associated with the International Coca Research Institute (ICORI) in La Paz, the capital of Bolivia. A travelling version of the museum is available.

Bolivia has experienced many problems in its recent history including widespread poverty, the illegal drug production and trade, as well as civil and social unrest.

San Pedro prison is the largest prison in La Paz, Bolivia renowned for being a society within itself. Significantly different from most correctional facilities, inmates at San Pedro have jobs inside the community, buy or rent their accommodation, and often live with their families. The sale of cocaine base to visiting tourists gives those inside a significant income and an unusual amount of freedom within the prison walls. Elected leaders enforce the laws of the community, commonly through stabbing. The prison is home to approximately 1,500 inmates (not including the women and children that live inside the walls with their convicted husbands), with additional guests staying in the prison hotel.

Approximately 95% of Bolivians are Roman Catholic, with the remainder being Protestant. There are also many spiritual religious traditions practiced by native residents of Bolivia.
Share This