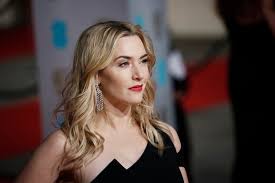 Kate Winslet is an English actress.

When Kate Winslet was digitally made thinner for the cover of GQ she spoke out against it because she doesn't think stars should be so super skinny.

Kate Winslet reappeared with Leonardo DiCaprio on screen for the 2008 movie Revolutionary Road.

Kate won two Golden Globes in the same year, Best Supporting Actress for her role in The Reader, and Best Actress, Drama for Revolutionary Road.

Her father, Roger John Winslet, was a swimming pool contractor and her mother, Sally Anne (néeBridges), was a barmaid.

Kate and Sam separated in 2010, amicably.

She has two sisters, Beth and Anna, and one brother, Joss.

Winslet began studying drama at the age of 11 at the Redroofs Theatre School, a co-educational independent school in Maidenhead, Berkshire.

She appeared in her first television advertisement for Sugar Puffs cereal at the age of 12.

Kate Winslet married Sam Mendes, a director, in 2003 while on holidays in the West Indies. They had a son together in 2003 named Joe Alfie Winslet-Mendes.

Over the next few years, she appeared on stage regularly and landed a few bit parts in sitcoms.

Her first big break came at age 17, when she was cast as an obsessive adolescent in Peter Jackson’s drama Heavenly Creatures (1994). The film, based on the true story of two fantasy-gripped girls whocommit a brutal murder, received modest distribution but was roundly praised by critics.

Winslet attracted even more attention with her next role in Ang Lee’s film adaptation of the Jane Austen novel Sense and Sensibility (1995). As the winsome Marianne Dashwood — the “sensibility” of the movie – Winslet earned a British Academy Award and an Oscar nomination for Best Supporting Actress.

Kate Winslet sang a song called 'What If' for the movie Christmas Carol: The Movie in 2001. It was released as single and reached the top 10 in the UK. It peaked at number 6 on the charts.

Winslet then starred in another literary adaptation, Jude (1996), which was based on Thomas Hardy’s novel Jude the Obscure (1895).

The role that transformed Winslet from art house attraction to international star was Rose DeWitt Bukater, the passionate, rosy-cheeked aristocrat in James Cameron’s Titanic (1997). Young girls the world over both idolized and identified with Winslet, swooning over all that face time opposite heartthrob Leonardo DiCaprio and noting her refreshingly healthy, unemaciated physique. Winslet’s performance also garnered a Best Actress nomination, making her the youngest actress to ever receive two Academy Award nominations.

In 1998 Kate Winslet married Jim Threapleton and had a daughter together named Mia Honey before divorcing in 2001.

Following the phenomenon generated by Titanic, Winslet was eager to retreat into independent projects. Rumor has it that she turned down the lead roles in both Shakespeare in Love (1998) and Anna and the King (1999) in order to play adventurous soul searchers in Hideous Kinky (1998) and Holy Smoke (1999).

Winslet further demonstrated a tendency to choose provocative roles with Quills (2000), in which she played a laundress smuggling manuscripts written by the Marquis de Sade out of the insane asylum where he is imprisoned.

Her transformation into writer Iris Murdoch in Iris (2001) won her further accolades, including Oscar and Golden Globe nominations.

Kate Winslet was nominated for two Oscars for her role in the Titanic. She was the youngest actress to be receive two nominations.

Also in 2001, she voiced the character Belle in the animated motion picture Christmas Carol: The Movie, based on the Charles Dickens classic novel.

Her next film role was in the 2003 drama The Life of David Gale, in which she played an ambitious journalist who interviews a death-sentenced professor, played by Kevin Spacey, in his final weeks before execution.

Kate started the year 2004 with an appearance opposite Jim Carrey in Eternal Sunshine of the Spotless Mind which directed her to grab another nomination at Academy Awards, making her the only actress under the age of 30 to be nominated for four times in the event.

When Titanic premiered Kate Winslet was not in attendance. She was at the funeral of her former boyfriend and close friend Stephen Tredre.

Her final film in 2004 was Finding Neverland. The story of the production focused on Scottish writer J. M. Barrie (Johnny Depp) and his platonic relationship with Sylvia Llewelyn Davies (Winslet), whose sons inspired him to pen the classic play Peter Pan, or The Boy Who Wouldn’t Grow Up.

Again playing a maternal role, Winslet starred in Little Children (2006) as a frustrated suburban woman who gets involved with a married man. She earned yet another Academy Award nomination for this film.

Kate Winslet reached international fame for her role in the film Titanic by James Cameron. She has remained friends with her costar Leonardo DiCaprio since then.

She turned to lighter matters with the romantic comedy The Holiday (2006) and Flushed Away (2006), a computer-animated adventure for which she provided the voice of a rat.

In 2007, Winslet reunited with Leonardo DiCaprio to film Revolutionary Road (2008), directed by her husband at the time, Sam Mendes. Winslet was awarded a Golden Globe Award for Best Actress for her performance.

The Reader (2008) explores the relationship between a young boy and an older woman (Winslet), and their later encounter when she is put on trial for war crimes. Winslet won the Academy Award for Best Actress and the Golden Globe for Best Supporting Actress for her role.

For her role in Sense and Sensibility, Kate Winslet won a BAFTA and was also nominated for an Academy Award.

In 2011, Winslet headlined in the HBO miniseries Mildred Pierce, a small screen adaptation of James M. Cain’s 1941 novel of the same name, directed by Todd Haynes. Winslet received an Emmy Award and a Golden Globe Award for her performance.

Returning to feature films, she then appeared in Contagion (2011), as an epidemiologist analyzing the spread of a deadly virus, and in the comedy-drama Carnage (2011), as one of four parents entangled in a dispute about child rearing.

Kate Winslet was 17 when she was cast in her film, Heavenly Creatures.

She played a single mother who develops a relationship with an escaped convict in Labor Day (2013).

Winslet then appeared in Divergent (2014), Neil Burger’s film adaptation of the 2011 young adult novel by Veronica Roth. She also appeared in the sequel, The Divergent Series: Insurgent (2015).

In late 2014, Winslet appeared alongside Matthias Schoenaerts in Alan Rickman’s period drama A Little Chaos about rival landscape gardeners commissioned by Louis XIV to create a fountain at Versailles.

She appeared in Jocelyn Moorhouse’s The Dressmaker (2015) based on the novel of same name, in which she stars as a femme fatale in the title role.

In 2015 she also starred as Apple executive Joanna Hoffman in the biographical film Steve Jobs, receiving another Golden Globe for her efforts as well as the seventh Oscar nomination of her career.

Kate was 15 when she was cast in her first television series role.

Winslet then appeared as a vampy Russian mobster in the crime thriller Triple 9 (2016) and as the coworker of a grieving father in the tearjerker Collateral Beauty (2016).

In 2012, Winslet was appointed a Commander of the Order of the British Empire (CBE) for the Birthday Honours for services to drama.

Kate Winslet has an estimated net worth of $90 million.

Kate Winslet married Ned Rocknroll in 2012 and had her third child with him, in 2013. They named him Bear Blaze Winslet. Ned is the nephew of Richard Branson, a business mogul.

Kate serves as spokesperson for Lancome.

She holds a unique position in Academy Awards history: Only twice have two actresses been nominated for playing the same character in the same film. The first two were Gloria Stuart and Kate in Titanic (1997). The second two were Judi Dench and Kate in Iris (2001).

Kate is only the third person in history to win two acting Golden Globes in the same year (Best Actress, Drama for Revolutionary Road (2008) and Best Supporting Actress for The Reader (2008).

She was awarded a Star on the Hollywood Walk of Fame at 6262 Hollywood Boulevard in Hollywood, California on March 17, 2014.

Kate Winslet did a commercial for Sugar Puffs, a children's cereal, when she was 11 years old.

While being interviewed by Entertainment Tonight (1981) at the red carpet of the 2016 Golden Globes, her long-time friend Leonardo DiCaprio stated that Winslet is his favorite actress in the industry and he would love to work with her again.

For the animated motion picture Christmas Carol: The Movie, Winslet recorded the song “What If”, which was a Europe-wide top ten hit, it reached number one in Austria, Belgium and Ireland, number six on the UK Singles Chart, and won the 2002 OGAE Song Contest.

Winslet’s weight fluctuations over the years have been well documented by the media. She has been outspoken about her refusal to allow Hollywood to dictate her weight.

Winslet supports ageing naturally and has always spoken against plastic surgery and botox.

People magazine has named Kate Winslet one of the 50 Most Beautiful People in the World.

Virgin Group billionaire Richard Branson credited Kate with ‘helping to carry’ his 90-year-old mother out of his burning Caribbean-island house, where Winslet, her then-boyfriend, model Louis Dowler and her two children were staying.

Kate learned how to sew for her part in The Dressmaker (2015).

Kate Winslet was considered to play Bridget in Bridget Jones's Diary but they thought she looked too young and they cast Renee Zellweger instead.
Share This