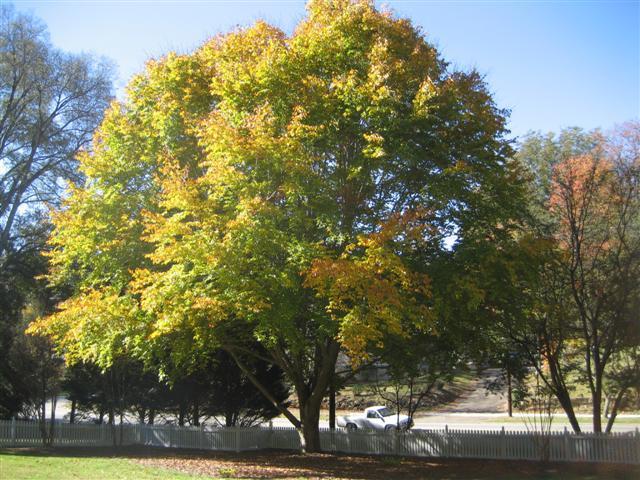 Beech (Fagus) is a genus of deciduous trees in the family Fagaceae.

Bark contains different aromatic substances which can be used to improve the taste of beer. Leaves are used in the manufacture of gin. They add color and sweetness to the final product.

There are 13 species of beech.

Beech wood was used as fuel in the industry of glass and iron in the past.

They are native to temperate Europe, Asia and North America.

Leaves and bark contain pigments which are used for dyeing of fabrics.

Beech grows on a wide range of soil types, acidic or basic, provided they are not waterlogged; but prefers chalky soils and limestone.

Certain countries use beech leaves instead of feathers as a stuffing for the pillows.

The beech tree is a sturdy and imposing tree with a short trunk and wide-spreading crown.

The bark is generally smooth and light grey in color.

Wood is used in the production of furniture, floorings, musical instruments (such as drums) and plywood.

The leaves of beech trees are entire or sparsely toothed, from 5 to 15 centimeters (2 to 6 inches) long and 4 to 10 centimeters (1.6 to 10 inches) broad. Newly formed leaves are brightly green and covered with hairs. Older leaves lack hairs and they are dark green in color.

Beech produces nut known as beechnut or mast. It appears in pairs, located in the spiny husk divided in few lobes. Beechnut contains high level of tannic acid which creates bitter taste of the fruit.

Beeches are monoecious, bearing both male and female flowers on the same plant; the female flowers borne in pairs, the male flowers wind-pollinating catkins. They are produced in spring shortly after the new leaves appear.

Beechnut was used as food for the cattle in the past. Many forest mammals and birds consume beechnuts as a regular part of their diet.

The fruit is a small, sharply three–angled nut 1 to 1.5 centimeters (0.4 – 0.6 inch) long, borne singly or in pairs in soft-spined husks 1.5 to 2.5 centimeters (0.4 to 1 inch) long, known as cupules. The husk can have a variety of spine- to scale-like appendages, the character of which is, in addition to leaf shape, one of the primary ways beeches are differentiated.

Beech blooms in spring, from April to May, shortly after leaves appear. Flowers are pollinated by the wind.

The nuts are edible, though bitter (though not nearly as bitter as acorns) with a high tannin content, and are called beechnuts or beechmast.

Insects and diseases are not serious threats to the tree; however, beech is susceptible to damage from strong winds, especially when growing in urban landscapes.

The beech most commonly grown as an ornamental tree is the European beech (Fagus sylvatica), widely cultivated in North America as well as its native Europe.

Beech bark is extremely thin and scars easily. Since the beech tree has such delicate bark, carvings, such as lovers’ initials and other forms of graffiti, remain because the tree is unable to heal itself.

Beech has oval leaves that are finely toothed on the edges. Newly formed leaves are brightly green and covered with hairs. Older leaves lack hairs; they are dark green in color.

Fresh from the tree, beech leaves in spring are a fine salad, as sweet as a mild cabbage though much softer in texture.

The young leaves can be steeped in gin for several weeks, the liquor strained off and sweetened to give a
light green/yellow liqueur called beech leaf noyau. This intriguing liqueur is traditionally made with gin and young beech leave and is a springtime alternative to Sloe gin.

Bark is light gray or greenish in color. Best known morphological feature of beech is its smooth bark that can be seen both in young and mature plants.

Beechnuts have a high enough fat content that they can be pressed for edible oil.

Beechnut was used as food for the cattle in the past. Many forest mammals and birds consume beechnuts as a regular part of their diet.

Beech wood is an excellent firewood, easily split and burning for many hours with bright but calm flames.

Beech wood is used for making a variety of products including furniture, flooring, toys and containers.

Some drums are made from beech, which has a tone between those of maple and birch, the two most popular drum woods.

Beech wood tablets were a common writing material in Germanic societies before the development of paper.

In modern German, the word for “book” is Buch, with Buche meaning “beech tree”.

The textile modal is a kind of rayon often made wholly from the reconstituted cellulose of pulped beech wood.

Beech wood is used for the stocks of military rifles when traditionally preferred woods such as walnut are scarce or unavailable or as a lower-cost alternative.

The name of the tree (Latin fagus, whence the species name; cognate with English “beech”) is of Indo-European origin, and played an important role in early debates on the geographical origins of the Indo-European people.

Fresh beech leaves can be used in human diet. They are usually consumed in the form of salad. Beechnut is rich source of oil that is suitable for human consumption.
Share This