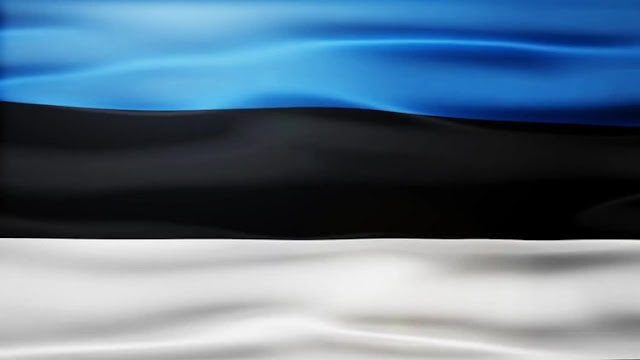 Estonia, a country in Northern Europe, faces the Baltic Sea and Gulf of Finland.

Estonia is small, being only about the same size as Massachusetts and New Hampshire combined.

The official name of the country is the Republic of Estonia.

Unlike many other countries in the world, Estonia's forests are actually getting bigger. This is due in part to the fact that the population of Estonia is declining.

Estonia borders the Baltic Sea on the west, the Gulf of Finland on the north, Latvia on the south, and Russia on the east.

Tallinn is not only the capital of Estonia but it is also considered to have Eastern Europe's most adorable and quaintest old town.

The official language of Estonia is Estonian, a Uralic language which is related to Finnish but unrelated to nearby Russian and Latvian which are of Indo-European root.

The Christmas tree was first put on display in Tallinn. It was put up in 1441 in the Town Hall Square by a fraternity of bachelors. After drinking, singing, and decorating, they ended the party by burning the tree.

Tallinn is the capital and largest city of Estonia. It is situated on the northern coast of the country, on the shore of the Gulf of Finland.

Estonia is divided into 15 counties, with each county having a governor. Governors are appointed by Estonia's government.

Estonia is a low, flat country with average elevation reaches only 50 meters (164 feet).

Kiiking is a sport invented by the Estonians. It is a type of swinging that involves squatting and standing to make the swing gain momentum.

Estonia has over 1,400 lakes. Most are very small, with the largest, Lake Peipus which is the 5th largest freshwater lake in Europe.

Estonia was the first country in the world to put a flat income tax in place.

There are also many rivers in Estonia, but only ten of them are longer than 100 kilometers.

Forests cover about 50% of the territory of Estonia, or around 2 million hectares (4,9 million acres), and so make out an important and dominating landscape type in the country.

Estonia ranks 2nd in the world for literacy, with a rate of over 99% among its residents.

Estonia’s largest national park, Lahemaa is 725 square kilometers (280 square miles) of unspoiled, rural Estonia. It is one of the main tourism drawcards in Estonia.

Paul Keres was the chess Grandmaster. He was born in Estonia. More than 100,000 people attended his funeral in 1975. This was equal to 10% of the population of Estonia at the time.

By far the best tourist attraction in Estonia is the Old Town portion of the capital city of Tallinn. Tallinn’s Old Town is one of the best preserved and intact medieval cities in Europe and is listed as a UNESCO World Heritage Site.

The country with the largest number of meteorite craters is Estonia.

There are only 1.3 million people living in Estonia, making it one of the most sparsely populated European countries.

The Alexander Nevsky Cathedral is an orthodox cathedral in the Tallinn Old Town. It was built to a
design by Mikhail Preobrazhensky in a typical Russian Revival style between 1894 and 1900, during the period when the country was part of the Russian Empire.

Only 14% of Estonians claim to be religious in any way.

Kadriorg Palace is a Petrine Baroque palace built for Catherine I of Russia by Peter the Great in Tallinn. It can be considered to be the grandest example of palace and park design in Estonian architectural history.

Estonia's currency was the Kroon until it joined the Euro-zone and its currency became the Euro.

Estonia is one of the most sparsely populated countries in Europe.

Estonia has a population of just 1.3 million but is larger than Denmark and Holland.

From voting to signing documents online, Estonia implements hassle free and modern approach to running one’s errands. This means less bureaucracy, while adding more transparency and efficiency in some vital sectors such as healthcare and education.

Skype was founded in 2003 by Niklas Zennström, from Sweden, and Janus Friis, from Denmark. The Skype software was created by Estonians Ahti Heinla, Priit Kasesalu, and Jaan Tallinn.

Kiiking is a sport that was invented in Estonia by Ado Kosk around 1996. Using a special swing with steel arms instead of chains, the kiiker stands on the swing and pumps back and forth until he or she gets enough momentum to make a full 360-degree turn. The best kiikers can go around several times. The longer the shaft of the swing, the harder it is, and according to the “Guinness Book of World Records,” the record for kiiking is with a 7.15 m (23 ft 5.5 in), achieved by Kaspar Taimsoo (Estonia), in Milan, Italy, on 16 September 2015.

Estonians have one of the biggest collections of folk songs in the world, with written records of about 133,000 folk songs.

Although mostly uninhabited, Estonia is the only Baltic country with far-stretching and deep rooted island culture. Estonian islands are mostly rural, some holding traces of local Viking, traditional and medieval culture.

Estonia is one of the least religious countries in the world, with only 14% of the population declaring religion an important part of their daily life.

Like other Eastern and Northern European countries, you’ll find lots of saunas in Estonia.

Estonia is home to one of Northern Europe's oldest universities. The University of Tartu was founded in 1632 by King Gustavus Adolphus II.

The length of the longest day in summer is over 19 hours, while the shortest winter day lasts only six hours. It is not completely dark at night from the beginning of May until the end of July.

The most typical foods in Estonia have been rye bread, pork, potatoes and dairy products. Estonian eating habits have historically been closely linked to the seasons. In terms of staples, Estonia belongs firmly to the beer, vodka, rye bread and pork “belt” of Europe.

The Republic of Estonia is one of three countries commonly known as the “Baltic States“. The other Baltic State countries are Latvia and Lithuania.

Estonia is named after people called “Ests” who lived in the region in the first century AD.

In the Bronze Age a meteorite fell in Kaali on the island of Saaremaa. The Kaali catastrophe was the last known case of a large meteorite to fall on a populated area.