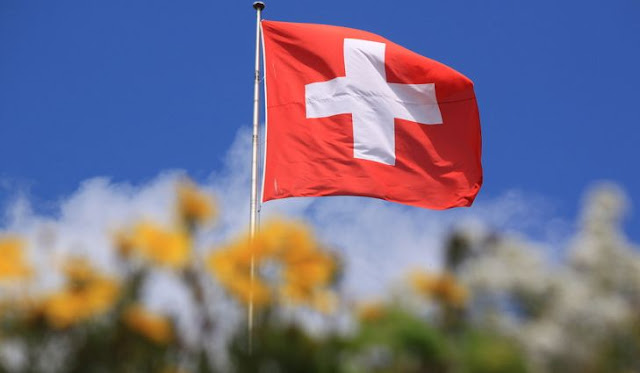 Switzerland is a mountainous Central European country, home to many lakes, villages and the high peaks of the Alps.

Switzerland's cities of Bern, Geneva and Zurich are commonly ranked as the top 10 most livable cities worldwide.

Switzerland’s official name is still the “Swiss Confederation“. In Latin this is Confoederatio Helvetica,
from which the country’s international abbreviation, CH, is derived.

Switzerland has three main topographical regions including the Swiss Alps, the Swiss plateau, and the Jura Mountains.

Switzerland is famous for manufacturing many luxury items including watches. They make half of the luxury watches in the world.

The oldest watchmaker in the world with an uninterrupted history, Vacheron Constantin, was founded in Switzerland in 1755.

The Swiss Currency is the Swiss Franc.

Other famous Swiss items include cheese and chocolate. Citizens of Switzerland consume more chocolate per year, per person, than citizens of any other country in the world.

Bern, the capital city of Switzerland, is built around a crook in the Aare River.

Popular sports in Switzerland include mountaineering, skiing, and snowboarding.

The Vatican in Vatican City is protected by the Swiss Guards. They are the only citizens of Switzerland allowed to serve in foreign militaries.

With a high quality of life, the Swiss cities of Zürich, Geneva and Bern regularly rank amongst most liveable cities in the world.

Switzerland has 1,484 lakes, more than 12,900 smaller bodies of water, and many waterfalls.

Hornussen is a traditional sport in Switzerland. It is a cross between golf and baseball.

In 1863 the International Committee of the Red Cross was founded in Geneva, Switzerland. This remains the ICRC's home base.

Lake Geneva , with an area of 581 square kilometers (224 square miles), is considered the largest Swiss lake, though its southern shore is in France.

Switzerland has stunning landscapes. The well-known Swiss Alps, with the Matterhorn in pride of place, are especially magnificent.

Deer and stag, fox and marten live in the forests. The hare has become rare. Wolf, bear, lynx and beaver were extinct for about a century, but a few wolfs have reentered Switzerland coming from Italy within the last decade, while lynx and beaver were set out deliberately. Today there live some 800 beavers along Switzerland’s rivers and lakes.

A variety of almost 200 species of birds are breeding in Switzerland.

Switzerland is the oldest neutral country in the world; it has not fought a foreign war since its neutrality was established by the Treaty of Paris in 1815.

Switzerland has been an independent country since the year 1499, apart from occupation by Napoleon’s France between 1798 and 1815.

In 2007, Swiss troops accidentally invaded its neighbor Liechtenstein after getting lost in a rainstorm.

The Swiss Guards who protect the Vatican, in the Vatican City are dual citizens and the only Swiss citizens allowed to serve in foreign armies.

Switzerland has a square flag; the only other square country flag belongs to the Vatican.

The CERN particle physics laboratory near Geneva is the world’s largest research centre. Here, more than 100 meters below ground, we find the accelerator that simulates the conditions occurring fractions of a second after the big bang.

Switzerland has more than 1500 lakes. It accounts for approximately 6% of the fresh water in Europe.

There are four official languages in Switzerland including Swiss German, French, Italian, and Romansh.

In 1891, Karl Elsener invented the Swiss Army Knife after finding out the army’s knives were actually made in Germany. He wanted to create a knife that could have multiple uses and was made in Switzerland. There are over 400 different models of the Swiss Army Knife, and designs today can include an altimeter, barometer, and a computer USB memory card. It has been nicknamed “The World’s Smallest Toolbox.”

Switzerland did not join the United Nations until 2002.

Switzerland's country code is CH, which stands for Confoederatio Helvetica, which is Latin for Swiss Confederation.

Switzerland's population is estimated to be approximately 8 million.

Switzerland has one of the highest life expectancy in the world.

The Nestlé Company, started by Henri Nestlé in 1867, buys up almost ten percent of the world’s coffee and cacao bean crops by itself annually. It also created Nescafe, the world’s first instant coffee in 1938.

Of all industrialized countries, Switzerland has one of the lowest crime rates, even with fairly liberal gun laws.

Every single one of the seven billion Toblerone produced annually comes from the factory just outside the Swiss capital.

The largest city in Switzerland is Zurich.

Swiss people consume the most chocolate per capita in the world.

Women in Switzerland were not given the right to vote federally until 1971.

The Rolex Company invented the first waterproof watch in Switzerland in 1927.

The global watch industry is dominated by few countries, mainly Switzerland and China. China is the world’s top watch producer in terms of unit volume, but 99% are inexpensive, quartz watches. In the luxury segment, Credit Suisse’s analysts write, “Switzerland enjoys a near-monopoly position.”

Gruyère cheese comes from a village in Switzerland called Gruyères. There are allegedly 75 different Alpine scents in the cheese, including vanilla, orchid, violet, chestnut, mint, wood shavings, hazelnuts, and fresh grass among them. Two-thirds of Gruyère production is consumed in Switzerland; the European Union and North America eat the rest.

Dalai Lama owns the smallest vineyard in the world, which is located in Switzerland. It consists of only three vines and has an area of 1.67 square meters (18 square feet).

In Switzerland, there are more banks then dentists.

The first ever youth hostel, established to protect the travelers from bandits, has been operating in the Swiss Alps for nearly 1,200 years.

Teaching is one of the highest paid occupation with the most vacation time: 12 weeks!

Swiss businessman Jean-Henri Dunant also known as Henry Dunant was the founder of the International Committee of the Red Cross, received the very first Nobel Peace Prize in 1901.

Swiss mailboxes have two slots – one for letters, and one for packages.

In Switzerland, it is permissible to lease a cow, and during the duration of the lease, you get to keep all the cheese that is made from that cow’s milk.

Approximately 6% of Switzerland is made up of glaciers and lakes.

In Switzerland, boots are made for hiking. And for some hardy souls, boots are all they wear. Naked hiking is alarmingly popular, even in winter.

In Switzerland, it is illegal to keep just one guinea pig; they must be kept in pairs.

The world’s largest meringue was baked in 1985 in Frutal, Switzerland. It consisted of 2500 eggs and 120 kg (265 lbs) of sugar, and it had to be baked in specially adapted sauna and was then served with 80 litars (21 gallons) of cream. It was polished off by locals in less than 3 hours. ~ Guinness Book of World Records ~

There is the Anti-PowerPoint Party. It’s an organization that has, at its core, the firm belief that the Microsoft presentation software is a waste of fine Swiss resources. It is 7th biggest party in Switzerland.

Charlie Chaplin’s corpse was stolen by a small group of Swiss mechanics in an attempt to extort money from his family. After retrieving his body, he was reburied under 1.8 meters (6 feet) of concrete to prevent further attempts.

Part of the Alps that run through Europe are within Switzerland's borders (known as the Swiss Alps).
Share This