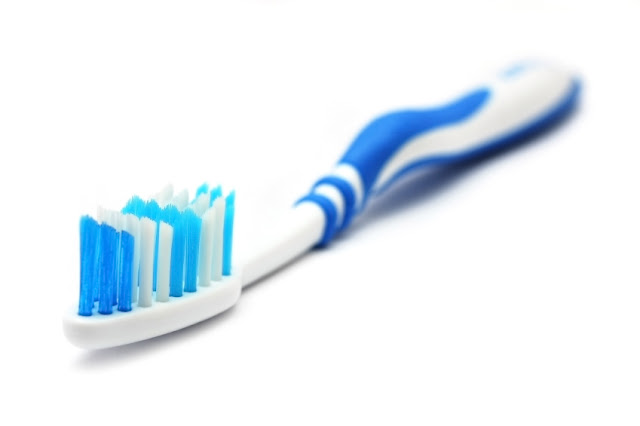 Dentists recommend that a toothbrush be kept at least 2 metres away from a toilet to avoid airborne particles resulting from the flushing – such as coliform bacteria (E. coli).

The first nylon bristle toothbrush, made with nylon yarn, went on sale on February 24, 1938.

Dentists say us to keep our toothbrushes at a distance of 2 meters from our toilets. Why so? So that airborne microbes and other particles don’t reach our brushes when we flush. For example, E. coli bacteria can easily reach our brushes if within 2 meters of toilet.

In 3000 B.C. the ancient Egyptians constructed crude toothbrushes from twigs and leaves to clean their teeth. The Greeks, Romans, and Indians cleaned their teeth with twigs too. They even frayed one end of the twig so that it could penetrate between the teeth more effectively.

Until the early 1900s, toothbrush bristles were generally made of Siberian hog hair, but in 1938, the soft-bristled Miracle Tuft Toothbrush was invented. Within a decade, Oral-B was mass-producing soft-bristled toothbrushes.

Egyptians were known to use leaves and twigs as early as 3000 BCE for cleaning teeth.

The first mass-produced toothbrush was made by William Addis in England.

Many mass-produced toothbrushes, made with horse or boar bristle, were imported to England from China until the mid-20th century.

Toothbrushes made with nylon bristles from nylon yard were first sold in 1938, February 24.

William Addis from England was the first to trigger mass production of toothbrush.

The first environment-friendly toothbrush was Hoke2 brush. The handle of the brush was not disposable. The bristle head could be easily replaced. This toothbrush was invented by Jack Hokanson.

Though brushing teeth everyday is really important, 1 out of 10 people actually forget to brush on a daily basis.

In 2003 Americans considered the toothbrush to be number one invention without which they cannot live.

Before the use of nylons, badger hair was used for making expensive toothbrushes while pig hair was meant for cheaper ones.

People think that putting on a cap on a toothbrush is a good idea. Actually it is not. Doing so traps moisture and helps the growth of microbes.

There are about 2,500 bristles on an average toothbrush.

You can actually burn calories by using your toothbrush. Three times every day for 2 minutes each will help you burn 3,500 calories. This translates into losing 1 kg weight by brushing.

In United States, electric toothbrushes were sold since 1960.

Bristles of a toothbrush wear out within 6 to 16 weeks of usages. Worn out bristles don’t clean well and hence, replacing toothbrushes every 6 to 16 weeks is a good idea.

Though people do share there toothbrushes, it is not a good idea. It can lead to spread of Hepatitis C and other diseases that are transmitted through blood.

A person uses his/her toothbrush for barely 45 to 70 seconds. This is not a good idea. At least 2 minutes of brushing is recommended for each session.

After suffering from a viral infection or cold, it is a good idea to replace your toothbrush. This is because old toothbrush may still have the germs. Using the old toothbrush can lead to reinfection.