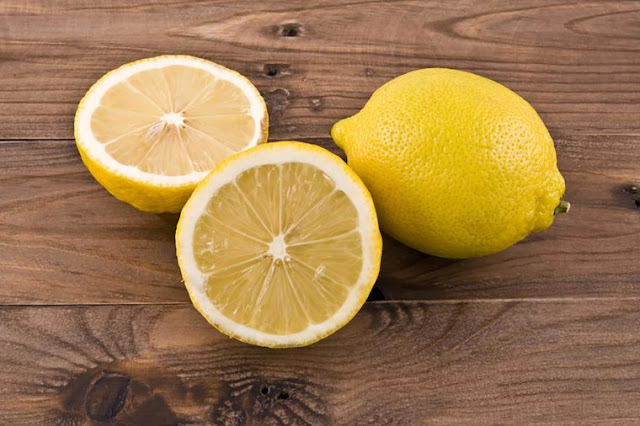 The lemon is the fruit of a citrus plant belonging to the genus Citrus lemon.

The origin of the lemon is unknown, though lemons are thought to have first grown in Assam (a region in northeast India), northern Burma or China.

Lemons entered Europe near southern Italy no later than the 2nd century AD, during time of Ancient Rome.

They were introduced to Persia and then to Iraq and Egypt around 700 AD.

The lemon was introduced into Spain and North Africa sometime between the years 1000 and 1200 AD. It was further distributed through Europe by the Crusaders, who found it growing in Palestine.

The first substantial cultivation of lemons in Europe began in Genoa around 1450 AD.

Lemon is used in traditional Indian medicine (Ayurveda) and aromatherapy.

Lemons came to the New World in 1493, when Christopher Columbus brought lemon seeds to Hispaniola.

In the 19th century, lemons were increasingly planted in Florida and California.

The average lifespan of lemon trees is over 50 years. With proper care and disease prevention practices, a vigorous tree can live over 100 years.

The lemon tree is small evergreen tree reaches 3 to 6 meters (10 to 20 feet) in height and usually has sharp thorns on the twigs.

Lemon fruit is used in the production of marmalades and alcoholic beverages, such as vodka.

The leaves are alternate, reddish when young, become dark-green above, light-green below; are oblong, elliptic or long-ovate, 6.25 to 11.25 centimeters (2 1/2 to 4 1/2 inches) long, finely toothed, with slender wings on the petioles.

Squeezed lemon juice is used for the preparation of lemonade, cocktails and as a meat marinade (especially for fish). Lemon zest is used as ingredient of various salty and sweet dishes. Lemon pickles are integral part of Indian cuisine. Leaves of lemon tree can be consumed in the form of tea.

The flowers are mildly fragrant and may be solitary or there may be 2 or more clustered in the leaf axils. Buds are reddish; the opened flowers have 4 or 5 petals 2 centimeters (3/4 inch) long, white on the upper surface (inside), purplish beneath (outside), and 20-40 more or less united stamens with yellow anthers.

Lemon is best known as a rich source of vitamin C. Other than that, lemon contains valuable minerals such as potassium, zinc, calcium and magnesium.

The fruit is oval with a broad, low, apical nipple and forms 8 to 10 segments. The outer rind, or peel, yellow when ripe and rather thick in some varieties, is prominently dotted with oil glands. The white spongy inner part of the peel, called the mesocarp or albedo, is nearly tasteless and is the chief source of commercial grades of pectin. The seeds are small, ovoid, and pointed; occasionally fruits are seedless. The pulp is decidedly acidic.

Certain types of lemon bloom all year round and produce 500 to 600 pounds of fruit per tree each year.

Lemon trees usually bloom throughout the year, and the fruit is picked 6 to 10 times a year. One tree can produce between 225 and 270 kilograms (500 and 600 pounds) of lemons in a year.

A whole raw lemon contains 139 percent of the daily recommended vitamin C intake and has 22 calories.

Lemon tree can survive more than 100 years, but production of fruit ceases after 50 years.

Studies conducted at the American Urological Association highlight the fact that lemonade or lemon juice can eliminate the occurrence of kidney stones by forming urinary citrate, which prevents the formation of crystals.

Lemons have powerful antibacterial properties; experiments have found the juice of lemons destroy the bacteria of malaria, cholera, diphtheria, typhoid and other deadly diseases.

The lemon peel contains the potent phytonutrient tangeretin, which has been proven to be effective for brain disorders like Parkinson’s disease.

Lemon has 2 inches wide flowers that are composed of 5 white petioles. Flowers contain both male (stamens) and female (pistil) reproductive organs. Various types of insects are in charge for the pollination of flowers.

According to The Reams Biological Ionization Theory (RBTI), the lemon is the ONLY food in the world that is anionic (an ion with a negative charge). All other foods are cationic (the ion has a positive charge.) This makes it extremely useful to health as it is the interaction between anions and cations that ultimately provides all cell energy.

In India, Ayurveda medicine values the lemon as a fruit and for its properties. It is sour, warm, promoter of gastric fire, light, good for vision, pungent and astringent.

Lemon juice, rind, and peel are used in a wide variety of foods and drinks.

Lemon can be used as a battery. Dipping of electrodes into the fruit produces energy that is high enough to run small digital watch.

Lemonade, made with lemon, sugar, and water, is a popular warm-weather beverage, and the juice itself is commonly added to tea.

Oil extracted from the lemon skin contains chemicals which repel insects. Because of that, lemon oil is used in the production of non-toxic insecticide.

Lemon has evergreen, leathery leaves that are oval or elliptic in shape. Leaves are usually 4 inches long and dark green in color.

The whole lemon is used to make marmalade, lemon curd and lemon liqueur.

In Morocco, lemons are preserved in jars or barrels of salt. The salt penetrates the peel and rind, softening them, and curing them so that they last almost indefinitely. The preserved lemon is used in a wide variety of dishes.

Lemon juice can be stored for later use by putting freshly squeezed lemon juice in ice cube trays until frozen, then store them in containers in the freezer.

Lemon juice is frequently used in the United Kingdom to add to pancakes, especially on Shrove Tuesday.

Lemons need a minimum temperature of around 7 °C (45 °F), so they are not hardy year round in temperate climates, but become hardier as they mature.

Lemon can be used as cleaning agent. Slice of lemon dipped in a baking powder removes stains and enhances luster of copper cookware.

Lemon is medium sized tree that can reach 20 feet in height.

In the United States, lemons are grown primarily in California and Arizona.

A study of the genetic origin of the lemon reported it to be hybrid between bitter orange (sour orange) and citron.

The origin of the word “lemon” may be Middle Eastern. The word draws from the Old French limon, then Italian limone, from the Arabic laymūn or līmūn, and from the Persian līmūn, a generic term for citrus fruit, which is a cognate of Sanskrit (nimbū, “lime”).

Lemon juice is used for lighting of blonde hair and for the cleaning of the skin (in the form of facial mask).

Once upon a time lemons were presented as gifts to kings because they were so rare.

A bowl of fresh lemons will add fragrance and color to a room for days.

Mixture composed of equal amount of warm water and lemon juice is used as a home-made remedy for sore throat. It is used for gargling because it possesses antibacterial properties.

“When life gives you a lemon… squeeze it, mix it with six ounces of distilled water and drink twice daily.” – Jethro Kloss in his book Back to Eden.
Share This