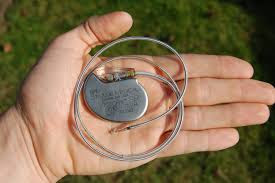 About 1 million people a year worldwide are implanted with a pacemaker.

An estimated 1.5 million Americans have a pacemaker today.

The pacemaker's battery can last about 7 to 8 years.

Most home appliances, such as a microwave, do NOT interfere with a pacemaker.


After age 65, a person's chance of needing medical imaging doubles -- the same demographic group that is most likely to need an electronic implantable device.

The American Heart Association recommends that persons with a pacemaker should pay close attention to their surroundings to make sure there are not any devices that may interfere.

A pacemaker is often the treatment of choice for people who have a heart condition that causes their heart to beat too slowly (bradycardia).

A patient with an electronic implantable device has a 50 percent to 75 percent likelihood of need an MRI over the lifetime of their device, but is advised against getting one.
Approximately 60 million MRI procedures are performed worldwide each year.