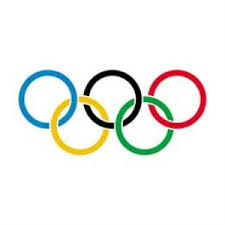 The early Olympic Games were celebrated as a religious festival from 776 B.C. until 393 A.D., when the games were banned for being a pagan festival (the Olympics celebrated the Greek god Zeus). In 1894, a French educator Baron Pierre de Coubertin, proposed a revival of the ancient tradition, and thus the modern-day Olympic Summer Games were born.

Host Greece won the most medals (47) at the first Olympic Summer Games in 1896.

The first Winter Olympic Games were held in Chamonix, France in 1924.

Norway has won the most medals (263) at the Winter Games.

The United States has won more medals (2,189) at the Summer Games than any other country.

The five Olympic rings represent the five major regions of the world – Africa, the Americas, Asia, Europe and Oceana, and every national flag in the world includes one of the five colors, which are (from left to right) blue, yellow, black, green, and red.

Up until 1994 the Olympics were held every four years. Since then, the Winter and Summer games have alternated every two years.

The first Olympics covered by U.S. television was the 1960 Summer Games in Rome by CBS.

No country in the Southern Hemisphere has ever hosted a Winter Games.

A record 202 countries participated in the 2004 Olympic Summer Games in Athens.

Nobody has won more medals at the Winter Games than cross-country skier Bjorn Dählie of Norway, who has 12.

Larrisa Latynina, a gymnast from the former Soviet Union, finished her Summer Olympic Games career with 18 total medals—the most in history.

The United States Olympic Committee established the U.S. Olympic Hall of Fame in 1983 to recognize outstanding American Olympic athletes, however, a plan to build a hall has been suspended due to lack of funding.

8,000 Inspirational people carrying the flame across the country in the Olympic Torch Relay, on a 70-day journey through more than 1,000 cities, towns and villages.

4 Number of separate flames that will be lit for the Paralympic Torch Relay - in London, Greater Belfast, Edinburgh and Cardiff