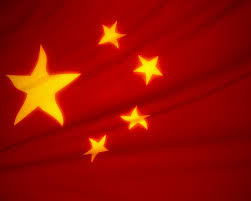 The modern word “China” most likely derives from the name of the Qin (pronounced “chin”) dynasty. First Emperor Qin Shi Huang (260-210 B.C.) of the Qin dynasty first unified China in 221 B.C., beginning an Imperial period which would last until A.D. 1912.

China is the fourth largest country in the world (after Russia, Canada, and the U.S.). It has an area of 3,719,275 square miles (slightly smaller than the U.S.) and its borders with other countries total more than 117,445 miles. Approximately 5,000 islands lie off the Chinese coast.

Fortune cookies are not a traditional Chinese custom. They were invented in 1920 by a worker in the Key Heong Noodle Factory in San Francisco.

China is also known as the “Flowery Kingdom” and many of the fruits and flowers (such as the orange and orchid) are now grown all over the world.

Toilet paper was invented in China in the late 1300s. It was for emperors only.

The Chinese invented paper, the compass, gunpowder, and printing.

The Chinese invented kites (“paper birds” or “Aeolian harps”) about 3,000 years ago. They were used to frighten the enemies in battle, and Marco Polo (1254-1324) noted that kites were also used to predict the success of a voyage. It was considered bad luck to purposely let a kite go.

Cricket fighting is a popular amusement in China. Many Chinese children keep crickets as pets.
Despite its size, all of China is in one time zone.

Ping-pong is one of the most popular games in China, but it was not invented in China. It originated in Britain, where it is called table tennis.

The number one hobby in China is stamp collecting.

White, rather than black, is the Chinese color for mourning and funerals.

Historians speculate that as the Chinese population grew, people had to conserve cooking fuel by chopping food into small pieces so that it could cook faster. These bite-sized foods eliminated the need for knives and, hence, chopsticks were invented.

In A.D. 130, Zhang Heng, an astronomer and literary scholar, invented the first instrument for monitoring earthquakes. The machine could detect and indicate the direction of an earthquake.

China invented ice cream, and Marco Polo is rumored to have taken the recipe (along with the recipe for noodles) back with him to Europe.

A civil servant named Su Song built the first mechanical clock between A.D 1088 and 1092. It could tell the time of day and also track the constellations so that accurate horoscopes could be determined.

On September 27, 2008, Zhai Zhigang made the first spacewalk by a Chinese astronaut.

The Chinese were the first to invent the waterwheel to harness water in A.D. 31—1,200 years before the Europeans. China was also the first country in the world to use an iron plow. Europe didn’t begin using the iron plow until the seventeenth century.

The name of China’s capital has changed over the centuries. At one time or another it has been known as Yanjing, Dadu, and Beiping. Peking or “Beijing means “Northern Capital.” Beijing is the officially sanctioned pinyin spelling based on the Mandarin dialect. Beijing is the second largest city after Shanghai.

It was customary for wealthy men and women in the late empire to grow the nails of their little fingers extremely long as a sign of their rank. They often wore decorative gold and silver nail guards to protect their nails.

By the fourth century B.C., the Chinese were drilling for natural gas and using it as a heat source, preceding Western natural gas drilling by about 2,300 years.


By the second century B.C., the Chinese discovered that blood circulated throughout the body and that the heart pumped the blood. In Europe, circulation wasn’t discovered until the early seventeenth century by William Harvey (1578-1657).

The Chinese were using the decimal system as early as the fourteenth century B.C., nearly 2,300 years before the first known use of the system in European mathematics. The Chinese were also the first to use a place for zero.

The crossbow was invented and first used by the Chinese. They were also the first in the world to use chemical and gas weapons, 2,000 years before gas was used in Europe during WWI.

According to popular legend, tea was discovered by the Chinese emperor Shennong in 2737 B.C. when a tea leaf fell into his boiling water. The Chinese consider tea to be a necessity of life.

Martial arts are practiced throughout China and were largely developed from ancient farming and hunting methods.

The most important holiday in China is the Chinese New Year or Lunar New Year. Chinese traditionally believe that every person turns one year older on the New Year and, thus, that day is considered to be everyone’s birthday.

Chinese is spoken by 92% of China’s population. There are at least seven major families of the Chinese language, including Mandarin, Cantonese, Wu, Hakka, Gan, Xiang, and Min.

Red symbolizes happiness for the Chinese and is commonly used at Chinese festivals and other happy occasions such as birthdays and weddings.

In ancient China, the lotus was seen as a symbol of purity and was sacred to both the Buddhists and Daoists. The peony (“King of Flowers”) symbolized spring, the chrysanthemum symbolized long life, and the narcissus was thought to bring good luck.

According to a Chinese legend, silk was discovered in 3000 B.C. by Lady Xi Ling Sui, wife of the Emperor Huang Di. When a silk worm cocoon accidentally dropped into her hot tea, fine threads from the cocoon unraveled in the hot water and silk was born.

The oldest piece of paper in the world was found in China and dates back to the second or first century B.C. Paper was so durable, it was sometimes used for clothing and even light body armor.

The Chinese were the first in the world to use stirrups in the third century A.D.

China’s “one child” policy has contributed to female infanticide and has created a significant gender imbalance. There are currently 32 million more boys than girls in China. In the future, tens of millions of men will be unable to find wives, prompting some scholars to suggest that this imbalance could lead to a threat to world security.

During the first half the twentieth century, Shanghai was the only port in the world to accept Jews fleeing the Holocaust without an entry visa.

Chinese mathematics evolved independently of Greek mathematics and is consequently of great interest to historians of mathematics.

Originating as far back as 250 B.C., Chinese lanterns were an important symbol of long life. Lanterns were once symbols of a family’s wealth, and the richest families had lanterns so large, it required several people with poles to hoist them into place.

In the Tang dynasty, anyone with an education was expected to greet as well as say goodbye to another person in poetic verse composed on the spot.

The bat is a traditional good luck symbol that is frequently depicted in designs for porcelain, textiles, and other crafts.

The bicycle was introduced into China around 1891 by two American travelers named Allen and Sachtleben. The bicycle is now the primary transportation for millions of Chinese. The last Qing emperor (Puyi) rode a bicycle around the Forbidden City in Beijing. China is currently the leading bicycle manufacturer.

The longest river in China is the 3,494-mile Yangtze (Changjian) River and the 2,903-mile-long Yellow (Huanghe) River.

Concubinage has been practiced throughout Chinese history, primarily by wealthy men who could afford it. Chinese emperors had large harems with hundreds of concubines.

China has the world’s oldest calendar. This lunar calendar originated in 2600 B.C. and has 12 zodiac signs. It takes 60 years to complete.

Chinese cuisine can be divided into northern, eastern, southern (Cantonese) and central and southwestern (Sichuan).

The Great Wall of China was started over two and a half thousand years ago and is more than 5,000 km long.

China is among the world's largest producers of cotton and Silk production has been an important part of the Chinese economy for thousands of years.

Chess is also a favourite pastime. Other popular board games are Go and Mahjong.