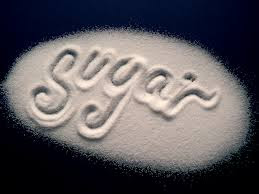 The average American eats 61 pounds of refined sugar each year, including 25 pounds of candy. Halloween accounts for at least two pounds of that.

Sugar may give you wrinkles via a process called glycation, in which excess blood sugar binds to collagen in the skin, making it less elastic.

Cutting back on sugar may help your skin retain its flexibility.

People in India have been crystallizing cane sugar for at least 2,000 years. When Alexander the Great’s companions arrived there, they marveled at the production of honey without bees.

In 1747 German chemist Andreas Marggraf discovered that the sugar in a sugar beet is identical to that in sugarcane. In 1802 the first beet-sugar refinery began operations, bringing cheap sweets to northern climes.

More than half the 8.4 million metric tons of sugar produced annually in the United States comes from beets.

The artificial sweeteners saccharin and aspartame were found accidentally when lab workers doing research that had nothing to do with sweetening put a bit of the test compounds in their mouths and liked what they tasted.

At least he had an excuse. The scientists who discovered sucralose (now sold as Splenda) were originally trying to create an insecticide. An assistant thought he had been instructed to “taste” a compound he’d only been asked to “test.”

A compound called lugduname is the sweetest compound known—more than 200,000 times as sweet as table sugar.

Sugars are molecules of carbon, hydrogen, and oxygen. The simplest include glucose, fructose, and galactose. Table sugar is crystallized sucrose, a fusion of one fructose and one glucose molecule.

Sugars are the building blocks of carbohydrates, the most abundant type of organic molecules in living things.

Glycolaldehyde, an eight-atom sugar, has even been found in an interstellar gas cloud near the center of the Milky Way.

Glycolaldehyde can react with a three-carbon sugar to form ribose, the basis for both RNA and DNA, so the glycol­aldehyde found in deep space may be a chemical precursor to life on Earth.

That cloud also contains ethylene glycol, a sweet relative of glycol­aldehyde and the main ingredient in antifreeze.

n 327 BC, Alexander the Great discovered the sugar cane; it then spread through Persia and introduced it in the Mediterranean.
Sugar’s name originated from the Sanskrit word “Sharkara,” which means “material in a granule form.”

Christopher Columbus introduced sugar to the New World in 1493 on his second voyage.

Sugar was called “White Gold”: Until the late 1700's, sugar was a luxury that European nobility used to validate their rank and social power.

Sugar does help the medicine go down! It’s an important component of many modern medicines.

Some people say that one teaspoon of sugar swallowed “dry” can cure the hiccups!

Sweet is the only taste humans are born desiring.

Some plants can make their own sugar— when a banana ripens, it changes starch into sugar, making it sweeter.

Sugar can help get you there to find out. Burn sucrose with a dose of corn syrup and saltpeter and you get “sugar propellant,” a popular amateur rocket fuel.

“Obecalp,” a sugar pill manufactured to FDA standards, is marketed as a treatment for children’s mild complaints. (Try reading the name backward.)

It’s not all mind games. The sugar glucosamine works as an immunosuppressant in mice, and xylitol (a sugar alcohol) can prevent ear infections in kids.

sugar was one of the first pharmaceutical ingredients used, as it still is today, to mask the bitter taste of medicines

In 1899, the very first carton was used to pack sugar? This revolutionized the sugar business, greatly improving upon the crude wooden barrels from which sugar was originally scooped for customers.

In the late 16th Century, a mere teaspoon of sugar cost the equivalent of five dollars in London

Sugar is the only taste humans are born craving

When the sun explodes, it will compress itself and become so dense that a piece of it the size of a sugar cube will weigh the equivalent of 1 ton.

The trick to curing hiccups is to get the nerves that regulate breathing synchronized by taking a teaspoon of granulated sugar.

Sugar hardens asphalt. It slows the setting of ready-mixed concrete and glue.

Sugar is used in leather tanning, printers' inks and dyes and even in textile sizing and finishing

Some people believe that dry swallowing 1 teaspoon of sugar can cure the hiccups.

Sugar is one of the oldest cooking ingredients, dating back to 326 BC.

Sugar cane was introduced to the New World in 1493 by Christopher Columbus.

Before 1899, sugar was crudely sold from barrels. The sugar industry was revolutionized when it was first packed in cartons.

Sugar has many uses outside of the kitchen: it's one of the most important components of medicine, it's used to slow down the setting of cement, it plays a role in leather tanning and paper dying, and prolongs the life of fresh cut flowers.

sugar contains no additives or preservatives

one teaspoon of sugar contains only 15 calories

refined sugar is better for you than raw sugar

A grain of sugar under the microscope is a translucent crystal, reflecting light from its 14 facets like a jewel

Candy Bar has the same amount of sugar as 10 apples.

Sugar creates the demand for more sugar, which raises insulin levels. This signals the body to store fat.

Sugar can even feed cancer cells.

Sugars also trigger a mineral imbalance in the body. For example, chromium and zinc are often depleted when largeamounts of sugar are consumed.Depleted zinc makes your tastebuds become dull.

Sucrose, dextrose, fructose, lactose, dextrin, maltose, monosaccharides,disaccharides and syrup are the other names of sugar

Look at labels, even if it say NO Sugar, it still may have these other types of sugars.

Sugar is also in canned vegetables, ketchup, salad dressing (tomato sauce cannot be sold as “catsup” if not sugared). That is why fresh or frozen fruits and vegetables are the best for you to eat.

fruits are high in sugar. However, the best way to consume fruits without affecting your insulin level is to consume them in whole form, with skin on.

Honey is the Substitute for Sugar.

Stevia is also a great substitute for sugar. It does not affect insulin levels. It can be found in most health food stores.