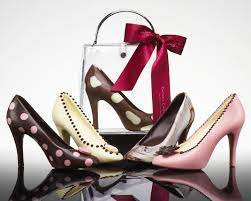 Sandals are the earliest known shoes. People started wearing them from approximately 7,000 or 8,000 BC.

There was no distinction between left and right shoe till 1818.

The left and right-footed shoes were first made in Philadelphia.

Platform shoes used to be a practical way to stop feet from getting dirty. In Venice they became fashionable in the 14th Century. Some women had wooden platforms which measured 30 inches! This would make you very tall indeed!

Wooden shoes mounted on thin blocks of 3 to 4 inches high were worn for centuries in Japan.

The heels on shoes were always colored red in Europe during 16th and 17th centuries.

In Europe, there was no difference between women's shoes and men's shoes until 18th century.

Heels were invented in the Middle East to help lift the foot from the burning sand.

Until the end of the 18th Century, the majority of people in Europe wore clogs on their feet.

55% of women in the UK had to be carried at some point due to sore feet.

In the Middle East, heels were added to shoes to stop people from burning their feet in the hot sand. In 16th and 17th Century Europe, heels on shoes were always coloured red.

An average American woman buys about five pairs of shoes each year while an average man, about two pairs.

The foot-measuring system used in England is one size different from the American system in both length and width.

The medieval pointy shoes were called Poulaines. The shoes were also sometimes called Cracowes because in the 19th Century they were very fashionable in the Polish city of Krakow.

A pointe shoe is a type of shoe worn by ballet dancers when performing pointework.

A ballet shoe, or ballet slipper, is a lightweight shoe designed specifically for ballet dancing.

A Sneakerhead is a person who owns multiple pairs of shoes as a form of collection and fashion.

In the Middle East, parts of Africa, Korea and Thailand, it is considered rude to show the soles of the feet to others.

Trainers were first made in America in 1916. 90% of people who buy sports shoes wear them for casual wear, rather than for sport.

Shoe throwing is a great insult in some areas in the Middle East and in India.