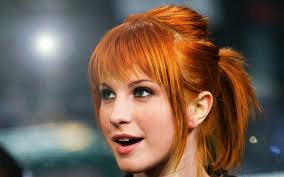 Approximately 1-2% of humans, or about two in 100 people in the world, have red hair.

The ancient Greeks believed that redheads would turn into vampires after they died.

During the Middle Ages, a child with red hair was thought to be conceived during “unclean sex” or during menstruation.

Red hair doesn’t gray as much as other hair colors. Red hair initially tends to turn blond and then white.

The most rare hair color in humans is red.

According to Hamburg sex researcher Dr. Werner Habermehl, women with red hair have more sex than women with other hair colors. He also postulates that women in a relationship who dye their hair red may be signaling that they are unhappy and looking for something better.

Because natural red hair holds its pigment more than other colors, it is harder to dye.

During the witch hunts of the sixteenth and seventeenth centuries in Europe, many women were burned at the stake as witches merely because they had red hair.

Lilith, the supposed first wife of Adam, is said to have had red hair. She was ultimately kicked out of the Garden of Eden because she refused to be subordinate to Adam.

People with red hair have twice the risk of developing Parkinson’s Disease.

Because redheads have thicker hair than people with other hair colors, they have fewer strands of hair. For example, while blondes have on average 140,000 hairs, redheads have approximately 90,000.

Mark Twain once quipped that “while the rest of the human race are descended from monkeys, redheads derive from cats.”

Hitler reportedly banned the marriage of redheads in order to prevent “deviant offspring.”

According to George Chapman’s 1613 play Bussy D’Ambois, the perfect poison must include the fat of a red-haired man.

According to legend, the first redhead was Prince Idon of Mu who, upon discovering Atlantis, was imprinted with the island’s stunning red sunset and leaves in the form of red hair and freckles so future generations would be reminded of Atlantis’ first sunset.

Red hair is a recessive trait, which means that a child must inherit one red hair gene from each parent. Recessive traits often come in pairs, and redheads are more likely than other people to be left handed.

Some scholars speculate that because Adam was from “red earth” and the Hebrew word for “red” is adom, that Adam was a redhead.

According to Playboy magazine, “Redheads are like other women—only more so.”

The sixteenth-century artist Titian (Tiziano Vecelli) painted so many redheads that his name became associated with a shade of red.

In ancient Rome, redheaded slaves were often more expensive than those with other hair color.

Satan is often portrayed as a redhead most likely because red was viewed as the color of sexual desire and moral degradation.

According to a Clairol Color Attitude survey, 71% of redheads think that the word “bold” describes them, which is 24 points ahead of blonds.

While 49% of those polled in a Clairol Color Attitude survey think blonds are naïve, only 15% thought redheads were.

Some scholars postulate that the same gene mutation that causes red hair also affects the way redheads respond to pain and anesthetics.

In Egypt, redheads were buried alive as sacrifices to the god Osiris.

Scientists now report that Neanderthals had a version of the gene that causes red hair but not the same variant as in modern humans, suggesting they did not interbreed with each other.

There is a common perception that redheads could become extinct in 100 years. However, a National Geographic article states that while redheads may decline, barring a catastrophe, the gene for red hair will not likely become extinct.

While Scotland has the highest proportion (13%) of redheads (followed by Ireland with 10%), the United States has the largest population of redheads in the world, with between 6-18 million redheads, or 2-6% of the population.

The gene that causes red hair initially had the benefit of increasing the body’s ability to make vitamin D, which was important for people living farther away from the equator. However, today’s redheads are more likely to develop skin cancer and premature wrinkles.

Red hair is a mutation of the MC1R gene on chromosome 16. The mutation blocks the production of eumelanin (dark brown and black pigment), which causes a buildup of the phaeomelanin (red and blond pigments). Some scientists believe that higher levels of phaeomelanin may produce more mutations and dangerous effects when exposed to UV radiation.

In Michelangelo’s Temptation and in St. Paul's Cathedral, Eve is initially depicted as having brown and blond hair, respectively. But in both artistic renditions, after she eats the apple and she and Adam are driven from the Garden of Eden, Eve is depicted as a redhead.

“Gingerphobia” is a fear of redheads. “Gingerism” is the bullying or prejudice of redheads.

Some common surnames in the British Isles reflect the frequency of red hair there, including Flanary (“red eyebrow”), Reid (“red-haired, ruddy complexion”), and Flynn (“bright red”).