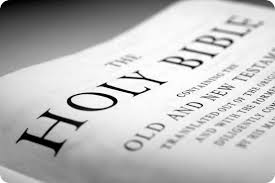 The Bible was written under the inspiration of the Holy Spirit by over 40 different authors from all walks of life: shepherds, farmers, tent-makers, physicians, fishermen, priests, philosophers and kings. Despite these differences in occupation and the span of years it took to write it, the Bible is an extremely cohesive and unified book.

The Bible contains 66 books, divided among the Old and New Testaments.

There are 39 books in the Old Testament.

There are 27 books in the New Testament.

Each of the books, except 5, are divided into chapters and verses. The 5 which aren’t divided by chapters are Obadiah, Philemon, 2 John, 3 John, and Jude. These are short books which only have verse divisions.

Chapters were introduced to the Bible in 1238 by Cardinal Hugo de S. Caro. Verse divisions were not added until 1551 by Robertus Stephanus.

Moses wrote the first five books of the Bible, referred to as the Pentateuch; the foundation of the Bible.

The Bible was printed in 1454 A.D. by Johannes Gutenberg who invented the "type mold" for the printing press. It was the first book ever printed.

The longest book of the Bible is Psalms with 150 chapters, or psalms. It contains 43,743 words. The shortest book is 3 John with only 1 chapter and 299 words.

"Canon" is derived front the Greek word "Kanon," signifying a measuring rod. Thus, to have the Bible "canonized" meant that it had been measured by the standard or test of divine inspiration and authority. It became the collection of books or writings accepted by the apostles and leadership of the early Christian church as a basis for Christian belief. It is the standard by which all Christians throughout the ages live and worship.

The Bible was written in three languages: Hebrew, Aramaic, and Koine Greek.

The Book of Revelation is the youngest book of the New Testament, written about 95 A.D.

The Holy Bible was written over a period of some 1,500 years, from around 1450 B.C. (the time of Moses) to about 100 A.D. (following the death and resurrection of Jesus Christ).

There are more than 168,000 Bibles either sold or given away per day in the United States according to the Gideons, Wycliffe International and the International Bible Societies.

Historically it has been said that the Bible is the most sold book of all time. It is regularly on various best seller lists.

The Bible has been translated into more than 1,200 languages.

The Old Testament is almost identical to the Jewish Tanakh.

The Old Testament was originally written in Hebrew.

The Old Testament has 39 books (not counting the Apocrypha).

The names of Old Testament books in Hebrew are based on the first prominent word or phrase in that book.

The names of Old Testament books in Greek (and English) are based on the general topic of the book.

The first five books of the Old Testament (Genesis, Exodus, Leviticus, Numbers and Deuteronomy) are known as the Five Books of Moses, the Pentateuch, or the Torah. They are traditionally held to have been written by Moses, but modern scholars have proposed that there were four or five authors.

The book of Esther is the only book of the Bible that never mentions God.

The New Testament was originally written in Greek.

The writers of the New Testament used a Greek translation of the OT known as the Septuagint.

The New Testament has 27 books.

The New Testament is about the same size as the Qur'an.