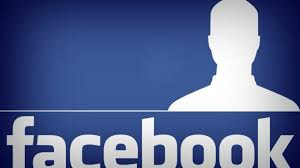 Facebook has over 350 million active users. More than 35 million users update their status each day, with more than 55 million status updates each day.

More than 2.5 billion pictures are uploaded to Facebook each month.

The average Facebook user has 130 friends and sends eight friend requests per month.

Facebook is not only beating MySpace traffic, but it is also the second-ranked site overall in the U.S. behind Google.

In 2003, Harvard student Mark Zuckerberg created Facemash, where he placed photos of undergraduates side by side so viewers could rank which one was “hotter.” Zuckerberg would later turn Facemash into the now ubiquitous Facebook.

In 2008, a 23-year-old woman named Lauren Michaels created a group titled “I Need Sex” on Facebook. Within 10 minutes, she had 35 members and soon attracted 100—50 of whom she eventually slept with. Facebook has since removed her page.

An 18-year-old Wisconsin man posed as several different girls on Facebook to blackmail underage male teens into performing sexual favors by coaxing them to send nude photos of themselves. He could be facing up to 300 years in prison.

Beacon, part of Facebook’s controversial advertisement system that broadcasted information about a user’s shopping activity on other sites, was the target of a class action lawsuit in 2009. The resulting settlement required Facebook to pay $9.5 million into a settlement fund.

If Facebook were a country, it would be the fifth-largest country in the world, after China, India, the U.S., and Indonesia.

In 2009, an EMT at the crime scene took a cell phone picture of the body of a New York woman who had been strangled and beaten and then posted it on his Facebook profile. He was later arrested on charges of official misconduct and was fired from his job.

The head of the Catholic Church in England and Wales warned that Facebook and MySpace can lead children to commit suicide because such sites encourage teens to build transient relationships and dehumanize community life.

Facebook includes eating disorder groups such as “Get Thin or Die Trying,” and “Quod me nutrit me destruit” (“What nourishes me destroys me”). While such eating disorder sites were typically anonymous on the Web, their growing presence on Facebook makes them more public and accessible to more people.

The New Oxford Dictionary announced that the 2009 Word of the Year was “unfriend,” as in “to remove someone as a friend on a social networking site” such as Facebook. However, there is some debate whether the word should be “defriend” rather than “unfriend.”

A 39-year-old Pennsylvania father was arrested for openly asking his 13-year-old daughter for sex over Facebook.

While stressing that correlation does not equal causation, a recent poll suggested that Facebook users have lower overall grades than non-users.

While initially created for college students, Facebook users over the age 26 now represent 60% of the total U.S. Facebook population.

The average Facebook users spend more than 55 minutes a day on the site. They use the Like button nine times a month and write 25 comments each month.

Approximately 70% of Facebook users are outside the United States.

Forbes dubbed 25-year-old Mark Zuckerberg, the creator/owner of Facebook, as the world’s youngest billionaire, worth 1.5 billion.

Tim Sparapani, director of public policy at Facebook, stated that hundreds of millions of people had never stopped and thought about the consequences of sharing information online.

Information deemed public—such as profile pictures, names, cities, and networks—are available to developers of any applications that Facebook users or their Facebook friends use on the site.

The first person to invest in Facebook was the cofounder of PayPal, Peter Thiel, who invested $500,000 in June 2004.

In September 2009, Zuckerberg announced for the first time that Facebook was cash flow positive, meaning Facebook made more money that it spent.

In Florida, the Judicial Ethics Advisory Committee ruled that Florida judges and lawyers should no longer “friend” each other on Facebook.

Facebook’s fastest growing segment in the United States is women 55 years and older.

In May 2009, a Russian investment firm, Digital Sky Technologies, invested $200 million in Facebook in return for a 1.96% stake in the Web site.

Twins Tyler and Cameron Winklevoss claim Zuckerberg stole their idea after they hired him to do programming for their own site, Harvard Connect (ConnectU). The case was settled for an undisclosed sum. Others, such as fellow student, Aaron Greenspan, also claim they invented Facebook.

Named after a Harvard student directory that included student photos and profiles, Facebook was originally called “thefacebook” and was limited to only Harvard students. In 2005, the site was renamed “Facebook.”

When Facebook changed its privacy setting in December 2009, Zuckerberg’s previously private photos—in which he was seen shirtless, holding a teddy bear, and looking “plastered”—became public.

Both citizens and police departments are increasingly using Facebook to catch suspected criminals.

A “gaydar” software program developed at MIT can reportedly identify gay men on Facebook, private profile or not.

In January 2009, an advertising campaign from Burger King titled “WHOPPER Sacrifice” rewarded Facebook users a free “Angry Whopper” for publicly deleting 10 friends, who would then receive a blunt message informing they were deleted for a free hamburger.

Eleven percent of Facebook’s 100 million U.S. users are African-American, 9% are Latino, and 6% are Asian, which is a fairly accurate reflection of the U.S. general population.

A 20-year-old IBM employee in Canada lost sick leave benefits from her insurer because her Facebook page showed “cheerful” photos while she was on paid sick leave for depression.

Girls can be prone to anxiety and depression by talking too much to their friends on Facebook. Called “co-rumination,” frequently discussing the same problem can lead to an unhealthy obsession.

In Australia it is valid protocol to serve court notices to defendants on Facebook. A summons posted on Facebook is legally binding.

A site called Usocial offered to sell Facebook friends and fans to customers. Even after receiving a Cease and Desist from Facebook, Usocial said it will not shut down the service completely.

The ACLU and the Electronic Frontier Foundation contend that Facebook’s new “recommended” privacy settings serve Facebook more than they serve the user.

Farmville boasts more than 60 million players on Facebook. Zynga—the maker of Farmville, Mafia Wars, and other Facebook games—boasts an annual revenue of more than $200 million.

There are more than 800,000 developers building applications for Facebook.