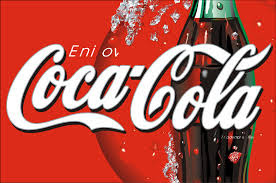 Coca-Cola's original formula included extracts of the African kola nut and coca leaves, both strong stimulants. It was one of those patent medicines sold in the 1800's that actually contained traces of cocaine. By 1903, the use of cocaine was so controversial that the Coca-Cola Company decided to only use "spent coca leaves". It also stopped advertising Coca-Cola as a cure for headaches and other ills.

Coca-Cola and the Olympic Games began their association in the Summer of 1928.

When World War II began, the company's use of sugar in the manufacturing of syrup for civilian consumption was restricted to 50% of its pre-war average due to rationing. The rationing ended in August, 1947.

If all the Coca-Cola ever produced to this point were to gush from "Old Faithful" at its normal rate of 15,000 gallons every hour, the geyser would flow continually for over 1,685 years! Another way of putting that fact---if the geyser had been continually erupting since 313 A.D., it would just be running out about now!

In Brazil, a local bottler makes 3-day trips up the Amazon River to deliver Coca-Cola to remote locations!

The slogan "Good to the Last Drop" was first used by the Coca-Cola Company in 1908. It later became the slogan for Maxwell House coffee.

Cuba and Panama were the first two countries to bottle Coca-Cola outside of the U.S.

Coca-Cola trucks travel over 1,000,000 miles a day to supply consumers with soft drinks!

The greater Mexico City bottler produces the greatest volume of any Coca-Cola bottler on the globe.

Coca-Cola was first shipped in used whiskey kegs and barrels, but they were painted red to give them a distinctive mark. The color red has been associated with the product ever since.

Coca-Cola products are now sold in approximately 200 countries and their logo is written in over 80 languages!

Coca-Cola is the world's most recognizable trademark---recognized by 94% of the world's population!

If all the vending machines in the United States were stacked one ontop another, the pile would be over 450 miles high!

The consumption of Coca-Cola Classic in the U.S. exceeds each of the following: bottled water, juices, powdered drinks, wine and distilled spirits

There are 7,000 Coca-Cola products consumed worldwide every single second!

Diet Coke is known as Coca-Cola Light in most countries outside of the U.S. and Canada. It is the most popular diet cola worldwide.

The name of the flavour base included in the secret formula for 'Coca-Cola' is referred to as 7X.

Only a few people know the secret formula for 'Coca-Cola'. Concentrate for 'Coca-Cola' is made in a number of centralised production facilities, and is exported to all countries in the world that bottle 'Coca-Cola'.

The type of print used for the 'Coca-Cola' logo is called "Spencerian Script".

If all the 'Coca-Cola' ever produced was poured into the famous contour bottles and placed end to end, they would stretch to the moon and back 1045 times.

The first two countries to bottle 'Coca-Cola' after it was introduced in the United States were Cuba and Panama.

There are nearly 10,450 soft drinks from The Coca-Cola Company consumed every second of every day.

In its first year, servings of 'Coca-Cola' amounted to less than 10 a day. Today one billion servings are consumed every day!

If all the 'Coca-Cola' ever produced were in regular sized bottles, there would be over 4 trillion bottles. If these were stacked on a football field the total would make a mountain over 325 miles high. This is more than 60 times taller than Mount Everest, the highest mountain in the world.

'Coca-Cola' first came to Asia after the turn of the century when it was introduced in the Philippines. Local bottling operations began soon after in both the Philippines and China.

The longest 'Coca-Cola' distribution route is in Australia - 2,186 miles from Perth, Western Australia to the north of the state!

Although 'Coca-Cola' is enjoyed ice-cold around the world, in Hong Kong it is sometimes served hot as a remedy for colds!

If all the 'Coca-Cola' ever produced were flowing over Niagra falls at its normal rate of 1.5 million gallons per second instead of water, the falls would flow for 38 hours and 46 minutes!

The Northern Territory has the highest per capita consumption rate of 'Coca-Cola' in the world - 529.7 for total 'Coca-Cola' Company products.