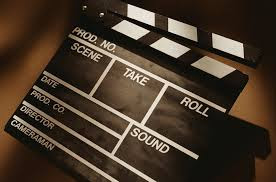 The Lion King was originally called “King of the Jungle” before they realized that lions don’t actually live in jungles.

Arnold Schwarzenegger Was Paid Approximately $21,429 For Every Word He Said – Terminator 2: Judgment Day

“Vader” is Dutch for father.

Merida, the leading star of Pixar's 2012 animated film "Brave", officially became the franchises most difficult character to create because of her red hair. Pixar spent more than three years developing two unique software systems to coordinate the movement of 1,500 separate curls and the flow between Merida and her hairstyle.

Ed Helms’ missing tooth in The Hangover wasn’t computer generated, it’s real. An adult tooth never grew in so he has an implant.

Contrary to belief, the 2011 version of "The Girl With The Dragon Tattoo" was filmed in Sweden during a record-breaking winter that was one of the country's coldest seasons in more than 20 years.

It was James Cameron who drew the portrait of Rose in Titanic. The drawing was auctioned for at least $16,000.

In early drafts, the time machine in Back to the Future was supposed to be a refrigerator.

Pumbaa was the first character to ever exhibit flatulence in a Disney movie.

Will Smith was originally approached to play Neo, but backed out to star in Wild Wild West instead.

John Travolta was considered for Maverick in Top Gun, but his asking price was too high.

Robert De Niro turned down the role of Captain Jack Sparrow because he thought Pirates of the Caribbean was going to bomb.

R2D2 is shorthand for “Reel 2, Dialogue 2” that was used in George Lucas’ film American Graffiti. He liked the sound of it and re-used it for Star Wars.

E.T.’s face was modeled after Albert Einstein, Carl Sandburg and a pug.

Disney turned down the chance to make Back to the Future claiming the mother/son relationship was too risqué.

The idea for the poster for The Usual Suspects came before any script or story.

Paul Schrader wrote Taxi Driver in five days. It is rumoured he had a loaded gun by his desk for “inspiration and motivation”.

In 1994, during one famous lunch at Pixar, filmmakers John Lasseter, Pete Docter and Joe Ranft came up with ideas that would eventually become A Bug's Life, Finding Nemo, Monster Inc. and Wall-E.

Paramount producer Robert Towne was adamant he wanted Francis Ford Coppola to make The Godfather even though the director was uninterested in the project. Coppola acquiesced when he decided to make it a film about American capitalism and not “the mafia”.

In just one single afternoon of filming, three Aston Martin DBS vehicles - priced around $300,000 each - were destroyed during the set of "Casino Royale".

Though it's often not associated, the villain's mask in the 1996 horror film "Scream" (and continuing series) is based off of Edvard Munch's famous painting of the same name.

Dan Akroyd's original script for Ghostbusters was set in a future where Ghostbusters were everyday figures of society like paramedics and firemen.

The US title for the exceptionally wonderful A Matter of Life and Death was Stairway to Heaven.

Robert Ludlum, the creator of the Jason Bourne series, died while the first Bourne film was in post-production.

Francis Ford Coppola would read passages of Heart of Darkness to Marlon Brando on the fractious set of Apocalypse Now after learning the actor had never read the source material.

Author Peter Benchley plays the role of a TV reporter in Jaws. Benchley was reportedly thrown off set after continually arguing with Spielberg about the film's ending.

Fight Club and Choke author Chuck Palahnuik can be glimpsed ever so briefly in the final scene of the latter. He's sitting next to Sam Rockwell on the plane.

The first notable film lensed by legendary cinematographer Roger Deakins was the 1984 adaptation of George Orwell's 1984.

In order to credibly portray a rock band, the members of Stillwater in Almost Famous rehearsed for four hours a night, five nights a week, for six weeks.

Before Stanley Kubrick came on-board for A Clockwork Orange writer Anthony Burgess considered selling the movie rights to Mick Jagger with the intention of Jagger playing Alex and the rest of the Stones playing the other Droogs.
Pulp members Jarvis Cocker and Steve Mackey and Radiohead's Jonny Greenwood and Phil Selway were four of The Weird Sisters in Harry Potter and the Goblet of Fire.

Franz Ferdinand were the original choice to play the band at the Hogwarts Yule Ball.

The lights over the facehugger eggs in Alien were provided by Roger Daltrey and The Who. The band were rehearsing the laser show next door to Ridley Scott's set.

Enya was James Cameron's first choice to compose the music for Titanic.

The name of the band isn't mentioned once in The Beatles' first feature, A Hard Day's Night.