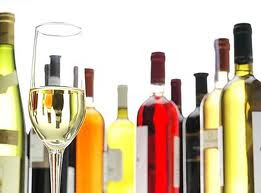 The smell of young wine is called an “aroma” while a more mature wine offers a more subtle “bouquet.”

In ancient Greece, a dinner host would take the first sip of wine to assure guests the wine was not poisoned, hence the phrase “drinking to one’s health.” “Toasting” started in ancient Rome when the Romans continued the Greek tradition but started dropping a piece of toasted bread into each wine glass to temper undesirable tastes or excessive acidity.

A “cork-tease” is someone who constantly talks about the wine he or she will open but never does.

Since wine tasting is essentially wine smelling, women tend to be better wine testers because women, particularly of reproductive ages, have a better sense of smell than men.

An Italian study argues that women who drink two glasses of wine a day have better sex than those who don’t drink at all.

Red wines are red because fermentation extracts color from the grape skins. White wines are not fermented with the skins present.

In the whole of the Biblical Old Testament, only the Book of Jonah has no reference to the vine or wine.

Early Roman women were forbidden to drink wine, and a husband who found his wife drinking was at liberty to kill her. Divorce on the same grounds was last recorded in Rome in 194 B.C.

The world’s oldest bottle of wine dates back to A.D. 325 and was found near the town of Speyer, Germany, inside one of two Roman sarcophaguses. It is on display at the town's Historisches Museum der Pfalz.

There is increasing scientific evidence that moderate, regular wine drinking can reduce the risk of heart disease, Alzheimer’s disease, stroke, and gum disease.

While wine offers certain medical benefits, it may slightly increase the risk of contracting certain kinds of cancer of the digestive tract, particularly the esophagus. There is also a slightly increased risk of breast cancer.

Red wine, typically more than white wine, has antioxidant properties and contains resveratrol, which seems to be important in the cardio-protective effects of wine.

California is the fourth-largest wine producer in the world, after France, Italy, and Spain.

Wine testers swirl their glass to encourage the wine to release all of its powerful aromas. Most don’t fill the glass more than a third full in order to allow aromas to collect and to not spill it during a swirl.

Most wine is served in a glass that has a gently curved rim at the top to help contain the aromas in the glass. The thinner the glass and the finer the rim, the better. A flaring, trumpet-shaped class dissipates the aromas.

When tasting wine, hold the wine in the mouth for a moment or two and then either swallow it or, preferably, spit it out, usually into a spittoon. A really good wine will have a long aftertaste, while an inferior wine will have a short aftertaste.

Wine grapes rank number one among the world’s fruit crops in terms of acres planted.

The Code of Hammurabi (1800 B.C.) includes a law that punishes fraudulent wine sellers: They were to be drowned in a river.

Romans discovered that mixing lead with wine not only helped preserve wine, but also gave it a sweet taste and succulent texture. Chronic lead poisoning has often been cited as one of the causes of the decline of Rome.

The Vikings called America Vinland (“wine-land” or “pasture-land”) for the profusion of native grape vines they found there around A.D. 1000.

A wine that tastes watery is said to taste “dilute.” It may have been made from grapes picked during a rainstorm.

The worst place to store wine is usually in the kitchen because it is typically too warm to store wine safely. Refrigerators are not satisfactory for storing wine either. Even at their warmest setting, they’re too cold.

When wine and food are paired together, they have “synergy” or a third flavor beyond what either the food or drink offers alone.

The prohibitionists, or the “drys,” in the early twentieth century fought to remove any mention of wine from school and college texts, including Greek and Roman literature. They also sought to remove medicinal wines from the United States Pharmacopoeia and to prove that Biblical praises of wine were for unfermented grape juice.

The vintage year isn’t necessarily the year wine is bottled, because some wines may not be bottled the same year the grapes are picked. Typically, a vintage wine is a product of a single year’s harvest. A non-vintage wine is a blend of wines from two or more years.

There is a right and wrong way to hold a wine glass. Wine glasses should always be held by the stem and not the bowl because the heat of the hand will raise the temperature of the wine.

Champagne, one of the world’s greatest sparkling wines, is popularly but erroneously thought to have been invented by the Benedictine monk Dom Pierre Perignon (1638-1715). Although he did not invent or discover champagne, he founded many principles and processes in its production that are still in use today. And he purportedly declared upon drinking the bubbly beverage, “I am drinking stars.”

Noble rot, or pourriture noble, is a benign type of grape fungus that can actually sweeten some types of wine.

Not all wines improve with time. In fact, a vast majority of wines produced are ready to drink and do not have much potential for aging. Only a rare few will last longer than a decade.

A feminine wine is a wine that is more delicate than most. A masculine wine refers to a “big” or “full” wine.

Contrary to traditional belief, smelling the cork reveals little about the wine. Instead, if a server or sommelier hands you a cork, you should look for the date and other identifying information (inexpensive wine won’t have these features). Additionally, look for mold, drying, cracking, or breaks in the cork.

A wine that has a musty smell, similar to wet cardboard or mold, may mean that the bottle is “corked” (the bottle has a contaminated cork).

In 1988, Italian women started one of the first female organizations devoted to wine, the Le Donne del Vino. Its goal is to encourage and promote women’s role in the Italian wine industry.

Women are more susceptible to the effects of wine than men partly because they have less of an enzyme in the lining of the stomach that is needed to metabolize alcohol efficiently.

Besides churches and monasteries, two other great medieval institutions derived much of their income from wine: hospitals and universities. The most famous medieval wine-endowed hospital (now a museum) is the beautiful Hôtel-Dieu in Beaune, France.

When Tutankhamen’s tomb was opened in 1922, the wine jars buried with him were labeled with the year, the name of the winemaker, and comments such as “very good wine.” The labels were so specific that they could actually meet modern wine label laws of several countries.

One ton of grapes makes about 60 cases of wine, or 720 bottles. One bottle of wine contains about 2.8 pounds of grapes.

Greece is the only country in the world that has perpetuated up to the present the ancient tradition of adding a tree resin to wine to give it a unique sappy taste. Most non-Greeks assert this type of Greek wine or retsina wine is an acquired taste and should be served very cold.

Wine for Orthodox Jews must be kosher, meaning it must not be touched at any point in its process (from picking of the grapes to bottling it) by either a “Gentile” or non-observant Jew and it must contain only kosher ingredients.

The combination of soil type, climate, degree of slope, and exposure to the sun constitutes the terroir of a vineyard and what makes each vineyard and each wine unique.

In the Middle Ages, the greatest and most innovative winemakers of the day were monastic orders. The Cistercians and Benedictines were particularly apt winemakers, and they are said to have actually tasted the earth to discover how the soil changed from place to place. Their findings are still important today.

Wineskins were a common way to transport wine in the ancient world. Animal skins (usually pig) were cleaned and tanned and turned inside out so that the hairy side was in contact with the wine.

Traditionally, wine was never stored standing up. Keeping the wine on its side kept the wine in contact with the cork, thereby preventing the cork from drying, shrinking, and letting in air. However, wine can be stored vertically if the bottle has an artificial cork.

A few vine cuttings from the New World brought to Europe spread a tiny insect called Phylloxera vastatrix, which feeds on the roots of vines. The only way to save European grape vines was to graft native American vines to European rootstocks. Consequently, Pre-Phylloxera wine, strictly speaking, is one made in the years before Phylloxera reached the vineyards in the 1860s, though the phrase is also used to mean wine from ungrafted vines.