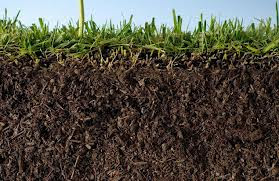 Soil influences many areas of our lives. It is an integral part of our ecosystem. The composition of the
soil in an area has a direct effect on the plant and animal life there.

It takes more than 500 years to form 2 centimeters of topsoil.

Soil is a living system.

Fifty percent of soil is air and water. The rest is mineral and organic material.

In one gram of soil, the number of bacteria ranges from 100,000 to several billion.

Each year, 15 tons of dry soil per acre pass through earthworms. Earthworms eat soil to get the organic materials in it. The rest passes through them.

About 42 centuries ago, the Chinese used a soil map to determine taxation amounts.

Soil influences the life spans of our roads and highways.

The stability of the foundations of our houses and buildings are determined in part by the soil they rest on.

Soil is much like the earth’s peel, similar to an orange peel.

Erosion of soil from our lands clogs rivers and dams and decreases the usefulness of soil for growing plants.

Soil is used to adsorb wastes.

Over 1.1 billion pounds of pesticides worth 25 billion dollars are used each year, much of it ending up in the soil. That is over 4 pounds per person.

Cleaning up toxic chemicals in the soil and water has cost $20 billion over the past 15 years in the United States.

Cleaning up the rest of the toxic chemicals already in the environment would cost $500 to $2500 per person.

The United States has at least 36,000 hazardous waste sites present in our soils.

Soil supplies the water and nutrients necessary for plant growth.

Around one acre of land is use to supply the food for each person in the world.

An acre of corn gives off 4,000 gallons of water a day in evaporation.


Ten tons of topsoil spread evenly over one hectare of land comes out to be as thick as one Euro coin.

A fully functional soil holds 3750 tons of water per hectare, thus reducing the risk of floods. It holds pollutants to a certain extent. Soil stores around 10% of the emissions of carbon dioxide.

Just one gram of soil contains 5000 to 7000 different species of bacteria. A spoonful of soil can hold a substantial amount of living beings.

Soil makes up the outermost layer of our planet and is formed from rocks and decaying plants and animals.

Topsoil is the most productive soil layer.

Ten tonnes of topsoil spread evenly over a hectare is only as thick as a one Euro coin.

Natural processes can take more than 500 years to form 2 centimetres of topsoil.

In some cases, 5 tonnes of animal life can live in one hectare of soil.

Fungi and bacteria help break down organic matter in the soil.

Roots loosen the soil, allowing oxygen to penetrate. This benefits animals living in the soil. They also hold soil together and help prevent erosion.

A fully functioning soil reduces the risk of floods and protects underground water supplies by neutralising or filtering out potential pollutants and storing as much as 3750 tonnes of water per hectare.

Soil scientists have identified over 10,000 different types of soil in Europe.

75% of the earth's crust is composed of silica and oxygen.

Soil is a non-renewable natural resource. This should make us think of how much we value this resource.

Damage to the soil can disturb nature's balance and prove a threat to life.