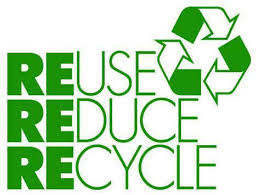 Currently less than 35% of households and less than 10% of businesses in the U.S. recycle.

Those levels have barely improved in 15 years despite billions of dollars spent on competitions, symposiums, awareness campaigns and sorting technologies.

The experience at the bin needs to be improved for the general public, which is why we have introduced society-wide standardized labels.

If the US recycling levels can reach 75% it will be the environmental benefit of removing 50 million cars from the road each year and it will generate 1.5 million new jobs. Improving and increasing recycling is one of the greatest opportunities for our environment, our natural resources, and our economy!

Most families throw away about 40kg of plastic per year, which could otherwise be recycled.

The use of plastic in Western Europe is growing about 4% each year.

Plastic can take up to 500 years to decompose.

Up to 60% of the rubbish that ends up in the dustbin could be recycled.

The unreleased energy contained in the average dustbin each year could power a television for 5,000 hours.

The largest lake in the Britain could be filled with rubbish from the UK in 8 months.

On average, 16% of the money you spend on a product pays for the packaging, which ultimately ends up as rubbish.

As much as 50% of waste in the average dustbin could be composted.

9 out of 10 people would recycle more if it were made easier.

24 million tonnes of aluminium is produced annually, 51,000 tonnes of which ends up as packaging in the UK.

Recycled paper produces 73% less air pollution than if it was made from raw materials.

12.5 million tonnes of paper and cardboard are used annually in the UK.

The average person in the UK gets through 38kg of newspapers per year.

It takes 24 trees to make 1 ton of newspaper.

If all cans in the UK were recycled, we would need 14 million fewer dustbins.

Aluminium cans can be recycled and ready to use in just 6 weeks.

Each UK family uses an average of 500 glass bottles and jars annually.

The largest glass furnace produces over 1 million glass bottles and jars per day.

Glass is 100% recyclable and can be used again and again.

Glass that is thrown away and ends up in landfills will never decompose.

Recycling one ton of plastic bottles saves the equivalent energy usage of a two person household for one year.

The average person has the opportunity to recycle more than 25,000 cans in a lifetime.

Recycling a single aluminum can saves enough energy to power a TV for three hours.

It requires 95% less energy and water to recycle a can than it does to create a can from virgin materials.

Americans throw away enough office paper each year to build a 12 foot high wall from Seattle to NY (a new wall every year).

More than 37% of the fiber used to make new paper products in the U.S. comes from recycled sources.

Recycling cardboard only takes 75% of the energy needed to make new cardboard.

Over 90% of all products shipped in the US are shipped in corrugated boxes, which totals more than 400 billion square feet of cardboard.

Nearly 80% of all retailers and grocers recycle their cardboard.