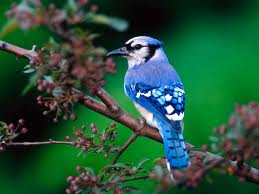 There are over 9,500 species of birds in the world. Scientists typically group them into 30 categories. Birds are the most widespread of all animals around the world.

Characteristics that are unique to birds are 1) feathers, 2) bills, and 3) a furcula (fused collarbone, or “wishbone”).

Approximately 2/3 of all the bird species are found in tropical rain forests.

Hoatzin chicks have two claws on each wing. When they climb out of the nest, they use their claws to hold on to mangrove trees. They lose their claws once they mature, but they remain poor flyers.

Many birds consume 1/5 of their body weight in food every day to get the energy they need to fly.

The longest feathers ever seen were on a chicken in Japan. Its tail feathers measured 34.7 feet (10.59 m) long.

To make them more lightweight, most birds do not have bladders to store urine. Rather than producing liquid urine to get rid of wastes, they produce a white, pasty substance. However, while an ostrich does not have a bladder like a mammalian bladder, it is unique among birds because it does have a complete separation of feces and urine.

A bird’s lungs are much more complicated and efficient and take up more space than those of mammals, such as humans. A human’s lungs compose about 1/20 of its body, but a bird’s takes up 1/5.

The Australian pelican has the longest bill of any bird in the world. It is nearly 2 feet (0.5 m) in length. The sword-billed hummingbird, with its 3.9-inch (10 cm) bill, is the only bird with a bill that’s longer than its body.

Owls cannot swivel their eyes. Instead they move their heads completely around to see straight behind them. They live on every continent except Antarctica. Soft fringes on their wings make their flight essentially silent.

In the continental U.S. alone, between 1.4 billion and 3.7 billion birds are killed by cats annually.

Famous birds in literature include the Albatross in The Rime of the Ancient Mariner, Archimedes in The Once and Future King, Chicken Little, Chanticleer in Chaucer’s Nun’s Priest’s Tale, Fawkes and Hedwig in Harry Potter, Mother Goose, the Raven in Edgar Allen Poe’s “The Raven,” Owl in Winnie the Pooh, Thorondor (the king of eagles) in J.R.R. Tolkien’s Lord of the Rings, and The Ugly Duckling.

The bird with the most feathers is the whistling swan, with up to 25,000 feathers. Hummingbirds, on the other hand, are so small that they have fewer than 1,000.

The only bird with nostrils at the end of its beak is the kiwi. This placement helps it sniff for food, such as worms and insects on the ground. It often snorts to clear its nostrils.

Unlike most birds that sing, a woodpecker will drum its beak against a tree. Other woodpeckers can identify which bird it is by the sound of the drumming.

The most talkative bird in the world is the African gray parrot. One parrot could say over 800 words. Most species of parrots can learn only 50.

Many birds, such as starlings, sing notes too high for humans to hear.

Flamingos pair for a lifetime. Some stay with their mates for 50 years or more.

A green woodpecker can eat as many as 2,000 ants per day.

The Japanese crested ibis is one of the rarest birds in the world. Probably fewer than 50 crested ibises are alive today.

The 1989 Exxon Valdez oil spill in Alaska polluted approximately 1,180 miles of coastline and killed up to 100,000 seabirds.

Falconry was developed more than 4,000 years ago in eastern and central Asia. Birds were used because they could kill animals beyond the range of a hunter’s weapon. Genghis Khan reportedly had 10,000 falconers.

Coalminers often used canaries to detect poisonous levels of carbon monoxide gas. Miners knew that if the canary passed out, they were in danger, too. The phrase “Canary in a Coalmine” derives from this history.

The marsh warbler can mimic more than 80 different birds. Other renowned mimics include mockingbirds and lyrebirds.

A pelican’s pouch-like beak can hold up to 2.5 gallons of water at a time. The beak will shrink to squeeze out the water before the pelican swallows its food.

A vulture named the Lammergeyer will fly with bones high in the air and then drop them onto rocks. It will then eat the smashed bones, like a circus sword swallower.

The ostrich lays the biggest egg in the world. It measures 7" x 5" and weighs 3 pounds. However, the biggest egg for the size of the mother is laid by the kiwi and is a third of the weight of the bird. It is 5" long and can weigh as much as 1 lb. This would be the equivalent of an ostrich laying an 88 lb. (40 kg.) egg.

The Malleefowl is famed for making a huge compost pile for its nest. Its eggs are incubated by the heat given off by the rotting vegetation.

Social weaverbirds live in huge communal nests that look like a huge haystack spread across a treetop. Some nests can weigh a few tons, have over 400 birds living in them, and may be 100 years old.

The most common wild bird in the world is the red-billed Quelea, with an estimated adult breeding population of 1.5 billion pairs. It mostly lives in sub-Saharan Africa and thousands of birds can be in a single flock. The most common nonwild bird is the chicken.

Many scientists believe that birds evolved from dinosaurs during the Mesozoic Era about 150 million years ago.

In the United States alone, there are over 40 million pet birds.

A bird’s feathers weigh more than its skeleton.

The type of diet a bird eats in the wild is directly related to the shape of a bird’s beak.

While most male birds do not have a penis, the Argentine Lake Duck’s penis can extend 17", the longest of any bird known. The duck itself is only about 16 inches tall. The base of the penis is covered with coarse spines, and the tip is soft and brush-like, perhaps to clean sperm that may have been deposited in the female’s oviduct by another suitor. When not in use, the corkscrew shaped penis retracts into the duck’s abdomen.

Approximately 75% of wild birds live for less than a year. The larger the bird, the more likely it is to live longer. The large wandering albatross, for example, can live for up to 80 years.

Gentoo Penguins are the fastest swimming birds, reaching speeds of 22 mph (36 kph). Emperor Penguins can stay under water for up to 18 minutes.

The Sooty Tern spends the most time in the air than any other bird. It takes off over the ocean and flies for at least 3 years without settling on water or land. Swifts also spend most of their lives in the air. They can even sleep in the air by gliding on air currents with their wings outstretched.

Artic terns have the longest annual migration of any bird. They fly 25,000 miles (40,000 m) form the Arctic to the Antarctic and then back again.

The bird with the greatest wingspan of any other bird is the Wandering Albatross at up to 11.8 ft (3.63 m).

The ostrich is the only bird that willingly takes care of other females’ eggs.

Ostriches do not bury their heads in the sand when danger is near. But they have been seen to lie on the ground with their long neck stretched out flat if they want to hide.

The biggest bird that ever existed on Earth is the flightless elephant bird, which is now extinct. It weighed about 1000 lb. (450 kg.). Seven ostrich eggs would fit inside one elephant bird’s egg. Elephant birds died out 400 years ago, but people still find pieces of their tough-shelled eggs.